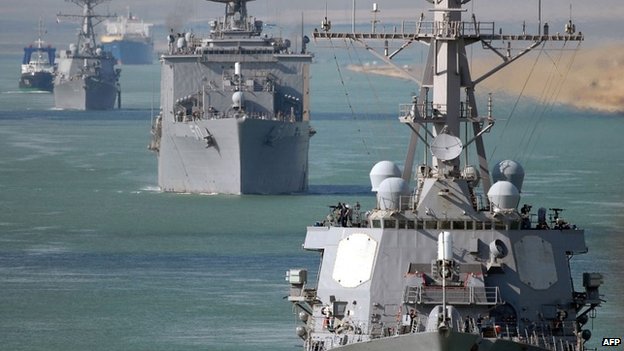 The e-readers come pre-loaded with 300 books, selected from the General Library Program's 108,000 titles

The US Navy is to provide custom e-readers, dubbed the Navy eReader Device (NeRD), to some of its sailors.

For security reasons, they will have no ports, wi-fi or roaming data capabilities as these features could be exploited by the enemy.

Five devices will be distributed among each US Navy active submarine fleet.

A broad range of books will be available from classics to best-sellers.

"At this time only submarines will receive devices," explained Nellie Moffitt, manager of the Navy General Library Program.

"[There will be] five per submarine, with a total of 355 for the submarine force. Eventually, we will send NeRDs to all vessels in the active fleet – it will take time as each collection will be tailored for specific audiences," Ms Moffitt told the BBC.

Traditional e-readers are not permitted on many Navy vessels as their GPS, wi-fi and roaming data features can give away their position to the enemy.

NeRD is said to overcome these issues thanks to its portability and lack of inputs and internet connectivity.

Unfortunately the absence of features means new books cannot be added to or removed from the device.

As a result, the e-readers come pre-loaded with 300 books, selected from the General Library Program's 108,000 titles.

Confirmed authors featured on the device include Jane Austen, Shakespeare and James Joyce.

However, there are also popular classics such as The Lord of the Rings and Game of Thrones.

Storage restrictions, particularly in submarines, have meant keeping a well-stocked library in the Navy can sometimes prove challenging.

The NeRD is the brainchild of the US Navy General Library Program in partnership with Findaway World.

Sailors will not be charged for the device.