The study center at the Serenity Mountain adolescent treatment branch of the ReStart internet and video game addiction center in Monroe, Wash.CreditEirik Johnson for The New York Times

Video games work hard to hook players. Designers use predictive algorithms and principles of behavioral economics to keep fans engaged. When new games are reviewed, the most flattering accolade might be "I can't put it down."

On Monday, "gaming disorder" will appear in a new draft of the organization's International Classification of Diseases, the highly regarded compendium of medical conditions.

Concerns about the influence of video games are dovetailing with increasing scrutiny over the harmful aspects of technology, as consumers look for ways to scale back consumption of social media and online entertainment.

The W.H.O. designation may help legitimize worries about video game fans who neglect other parts of their lives. It could also make gamers more willing to seek treatment, encourage more therapists to provide it and increase the chances that insurance companies would cover it.

"It's going to untie our hands in terms of treatment, in that we'll be able to treat patients and get reimbursed," said Dr. Petros Levounis, the chairman of the psychiatry department at Rutgers New Jersey Medical School. "We won't have to go dancing around the issue, calling it depression or anxiety or some other consequence of the issue but not the issue itself."

Around the world, 2.6 billion people play video games, including two-thirds of American households, according to the Entertainment Software Association. Annual revenue for the industry is expected to grow 31 percent to $180.1 billion globally within three years. Fortnite — the latest blockbuster, in which players battle to be the last one standing in an apocalyptic storm — recently earned a reported $300 million in a month.

The industry has pushed back against the W.H.O. classification, which is expected to be formally adopted next year, calling it "deeply flawed" while pointing to the "educational, therapeutic and recreational value of games."

But gaming has long had an addictive quality. The game EverQuest, introduced nearly 20 years ago, was nicknamed EverCrack for the long binges it inspired.

"I have patients who come in suffering from an addiction to Candy Crush Saga, and they're substantially similar to people who come in with a cocaine disorder," Dr. Levounis said. "Their lives are ruined, their interpersonal relationships suffer, their physical condition suffers."

Although gaming addiction treatment is starting to draw more attention, there is little insurance coverage or accreditation for specialists to treat it.

Wilderness camps and rehabilitation centers have sprung up, but can cost tens of thousands of dollars, with scarce proof of success. Mental health generalists are trying to apply familiar therapies for anxiety or alcoholism to patients with an uncontrollable craving for, say, World of Warcraft.

Kim DeVries, a gift shop owner in Tucson, said she started looking for a gaming addiction specialist two years ago after her son failed out of college and was struggling to hold a job.

Ms. DeVries wanted someone who understood her son's seeming compulsion to gaze into a glowing screen for 16 hours on some days, subsisting on crackers and pita chips and listening on a headset to strangers discussing strategy for League of Legends. 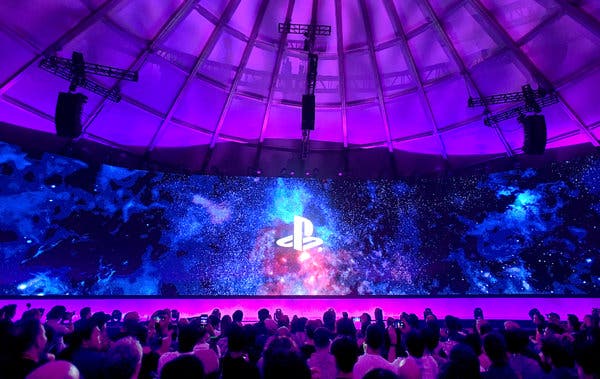 She struck out. "They didn't exist — there was just no such thing," she said.

Ms. DeVries now resorts to forbidding her son, 24, to play games after 11 p.m.

"At times, I'll walk by and hear the tap-tapping on his keyboard, and it'll make me shudder," she said. Her son declined to be interviewed.

The video game industry is expanding so quickly that medical research has struggled to keep up.

An early study — published in 2009 — found that nearly 9 percent of young players were addicted to their games. Many experts believe that the number has increased as games have become more advanced, more social and more mobile, putting them as close as the smartphone in your purse or pocket.

"There's a massive tsunami coming that we're not prepared for," said Cam Adair, the founder of Game Quitters, an online support community.

But some mental health professionals insist that gaming disorder is not a stand-alone medical condition. Rather, they see it as a symptom or a side effect of more familiar conditions, such as depression or anxiety.

"We don't know how to treat gaming disorder," said Nancy Petry, a psychology professor and addiction expert with the University of Connecticut. "It's such a new condition and phenomenon."

In Asia, a center of video game activity and addiction, rehabilitation centers designed to stamp out uncontrollable playing have existed for years. South Korea bars young players from online gaming portals between midnight and 6 a.m. and subsidizes some gaming addiction treatment clinics.

Archery gear at Serenity Mountain. Concerns about the influence of video games are dovetailing with increasing scrutiny over the harmful aspects of technology.CreditEirik Johnson for The New York Times

But in the United States, getting care is often an exercise in frustration.

Many parents and patients rely on Google and word of mouth. In forums like StopGaming, struggling players complain about being laughed at by psychiatrists. No formal organization exists to set treatment standards and answer questions, experts said.

As a teenager, depressed and anxious after being bullied, Mr. Adair dropped out of school and began fixating on games like StarCraft in his parents' basement in Calgary, Alberta, he said.

He told his parents that he had a job, but would sneak back home to play. At 19, he said, he considered taking his life, eventually writing a suicide note.

He wrote about his struggles online and later delivered a popular TEDx talk. Game Quitters, the online forum he started, now draws 50,000 participants a month from 91 countries. It suggests programming, yoga and other activities to replace gaming.

Another resource, the On-Line Gamers Anonymous forum, was founded by Liz Woolley in 2002 after her son, an avid gamer, committed suicide. She maintains a list of medical professionals on the site. But she said she was not always able to confirm how much experience they had with gaming addiction.

"Any type of treatment is better than nothing," Ms. Woolley said. "At least we have somewhere to send people other than to their basement."

Another kind of obsessive disorder may provide a template, and a warning, for activists seeking more support and research into gaming addiction: Compulsive gambling was first recognized by the World Health Organization and the American Psychiatric Association more than three decades ago.

The grounds of ReStart at Serenity Mountain. The gaming industry has pushed back against the World Health Organization's classification of "gaming disorder."CreditEirik Johnson for The New York Times

Formal recognition from medical organizations helps "bring everybody to the table," said Keith S. Whyte, the executive director of the National Council on Problem Gambling. Next month, his group will host its 32nd national conference.

But inclusion is "not a magic bullet," Mr. Whyte said. A "complex patchwork" of national and state certifications for gambling addiction made it easier for some insurers to deny reimbursement, he said.

"You still have to do a tremendous amount of advocacy," he said.

Although reliable treatment for gaming addiction can be hard to find, demand is high.

A residential recovery program near Seattle, ReStart, charges adult patients nearly $30,000 for the first seven weeks of care. It has a monthslong waiting list.

Six patients, usually men, are initially placed at a rural retreat and weaned off electronics while being taught how to socialize and exercise. ReStart, which is nearly a decade old, started a program for adolescents last year.

Hilarie Cash, a co-founder, said she was working to develop a certification program for addiction disorders including internet and gaming dependency. When she speaks at mental health conferences, she said, she often sees counselors "taking notes like mad."

Addiction therapists are "getting called more often" about gaming disorder, Dr. Cash said, and many are "kind of tacking it onto what they already offer."

"They're trying to learn as best they can," she said.