We are very proud to announce that MoMA has acquired a selection of 14 video games, the seedbed for an initial wish list of about 40 to be acquired in the near future, as well as for a new category of artworks in MoMA’s collection that we hope will grow in the future. This initial group, which we will install for your delight in the Museum’s Philip Johnson Galleries in March 2013, features: 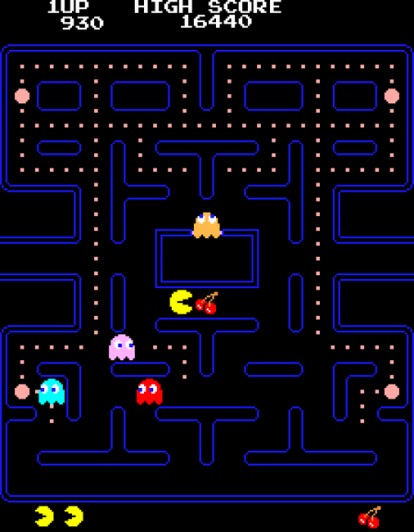 Are video games art? They sure are, but they are also design, and a design approach is what we chose for this new foray into this universe. The games are selected as outstanding examples of interaction design—a field that MoMA has already explored and collected extensively, and one of the most important and oft-discussed expressions of contemporary design creativity. Our criteria, therefore, emphasize not only the visual quality and aesthetic experience of each game, but also the many other aspects—from the elegance of the code to the design of the player’s behavior—that pertain to interaction design. In order to develop an even stronger curatorial stance, over the past year and a half we have sought the advice of scholars, digital conservation and legal experts, historians, and critics, all of whom helped us refine not only the criteria and the wish list, but also the issues of acquisition, display, and conservation of digital artifacts that are made even more complex by the games’ interactive nature. This acquisition allows the Museum to study, preserve, and exhibit video games as part of its Architecture and Design collection.

As with all other design objects in MoMA’s collection, from posters to chairs to cars to fonts, curators seek a combination of historical and cultural relevance, aesthetic expression, functional and structural soundness, innovative approaches to technology and behavior, and a successful synthesis of materials and techniques in achieving the goal set by the initial program. This is as true for a stool or a helicopter as it is for an interface or a video game, in which the programming language takes the place of the wood or plastics, and the quality of the interaction translates in the digital world what the synthesis of form and function represent in the physical one. Because of the tight filter we apply to any category of objects in MoMA’s collection, our selection does not include some immensely popular video games that might have seemed like no-brainers to video game historians. 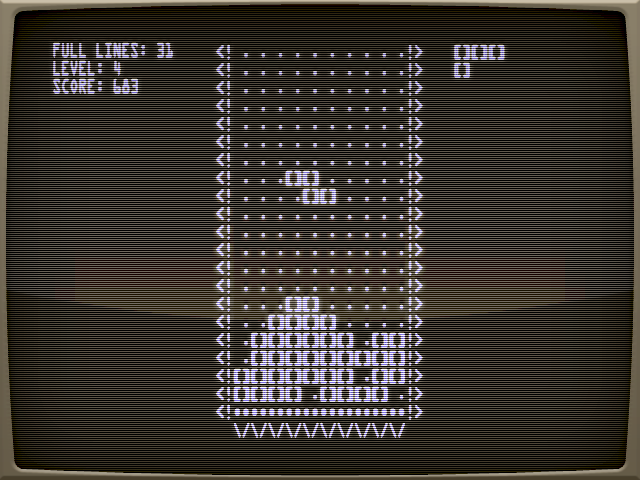 Among the central interaction design traits that we have privileged are:

The scenarios, rules, stimuli, incentives, and narratives envisioned by the designers come alive in the behaviors they encourage and elicit from the players, whether individual or social. A purposefully designed video game can be used to train and educate, to induce emotions, to test new experiences, or to question the way things are and envision how they might be. Game controllers are extensions and enablers of behaviors, providing in some cases (i.e. Marble Madness) an uncanny level of tactility.

Visual intention is an important consideration, especially when it comes to the selection of design for an art museum collection. As in other forms of design, formal elegance has different manifestations that vary according to the technology available. The dry and pixilated grace of early games like M.U.L.E. and Tempest can thus be compared to the fluid seamlessness of flOw and vib-ribbon. Just like in the real world, particularly inventive and innovative designers have excelled at using technology’s limitations to enhance a game’s identity—for instance in Yars’ Revenge.

The space in which the game exists and evolves—built with code rather than brick and mortar—is an architecture that is planned, designed, and constructed according to a precise program, sometimes pushing technology to its limits in order to create brand new degrees of expressive and spatial freedom. As in reality, this space can be occupied individually or in groups. Unlike physical constructs, however, video games can defy spatial logic and gravity, and provide brand new experiences like teleportation and ubiquity.

How long is the experience? Is it a quick five minutes, as in Passage? Or will it entail several painstaking years of bliss, as in Dwarf Fortress? And whose time is it anyway, the real world’s or the game’s own, as in Animal Crossing? Interaction design is quintessentially dynamic, and the way in which the dimension of time is expressed and incorporated into the game—through linear or multi-level progressions, burning time crushing obstacles and seeking rewards and goals, or simply wasting it—is a crucial design choice. 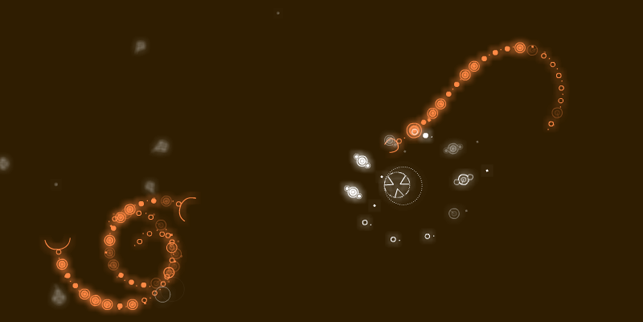 After which (games), came what—what is a museum to acquire? Working with MoMA’s digital conservation team on a protocol, we have determined that the first step is to obtain copies of the games’ original software format (e.g. cartridges or discs) and hardware (e.g. consoles or computers) whenever possible. In order to be able to preserve the games, we should always try to acquire the source code in the language in which it was written, so as to be able to translate it in the future, should the original technology become obsolete. This is not an easy feat, though many companies may already have emulations or other digital assets for both display and archival purposes, which we should also acquire. In addition, we request any corroborating technical documentation, and possibly an annotated report of the code by the original designer or programmer. Writing code is a creative and personal process. Interviewing the designers at the time of acquisition and asking for comments and notes on their work makes preservation and future emulation easier, and also helps with exhibition content and future research in this field. Last, but not least, we work out the complex rights situation—MoMA’s General Counsel is in deep negotiations with the publishers. 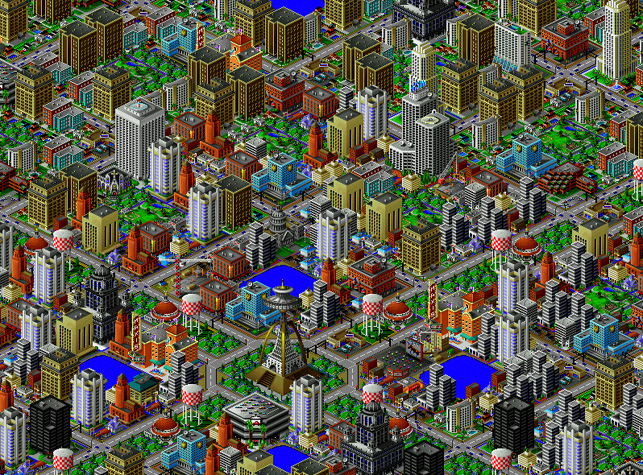 Of course, what we acquire depends on each game, how it is best represented, and how it will be shown in the galleries. If the duration of the game is short enough, the game itself could be made playable in its entirety. For instance, visitors were able to play Passage in its entirety in MoMA’s Talk to Me: Design and the Communication between People and Objects exhibition not only because it took a mere five minutes, but also because the narrative and message of the game required the player to engage with it for the full length.

For games that take longer to play, but still require interaction for full appreciation, an interactive demonstration, in which the game can be played for a limited amount of time, will be the answer. In concert with programmers and designers, we will devise a way to play a game for a limited time and enable visitors to experience the game firsthand, without frustrations.

With older games for which the original cartridges may be too fragile or hard to find, we will offer an interactive emulation—a programmer will translate the original code, which was designed for a specific platform, into new code that will create the same effect on a newer computer.

In other cases, when the game is too complex or too time consuming to be experienced as an interactive display in the galleries, we will create a video akin to a demo, in which the concept and characters of the game are laid out.

Finally, some of the games we have acquired (for instance Dwarf Fortress and EVE Online) take years and millions of people to manifest fully. To convey their experience, we will work with players and designers to create guided tours of these alternate worlds, so the visitor can begin to appreciate the extent and possibilities of the complex gameplay.

The team behind this acquisition stars MoMA Architecture and Design insiders Kate Carmody and Paul Galloway, but in preparing this research we have sought the advice of numerous people. We could not have done it without their contributions, and thank them wholeheartedly for their generosity, enthusiasm, and time. We will distinguish between RL (you know it, Real Life) and ML (MoMA Life). RL: Jamin Warren and Ryan Kuo of Kill Screen magazine; design philosopher and game author extraordinaire Kevin Slavin; and Chris Romero of the graduate program in museum studies at New York University. ML: Natalia Calvocoressi, Juliet Kinchin, Aidan O’Connor, and Mia Curran in Architecture and Design; in Graphics, Samuel Sherman; in Audio Visual, Aaron Louis, Mike Gibbons, Lucas Gonzalez, Aaron Harrow and Bjorn Quenemoen; in Information Technology, Matias Pacheco, Ryan Correira, and David Garfinkel; in Digital Media, Allegra Burnette, Shannon Darrough, David Hart, John Halderman, Spencer Kiser, and Dan Phiffer; in Conservation, Glenn Wharton and Peter Oleksik; in General Counsel, Henry Lanman; in Drawings, Christian Rattemeyer; at MoMA PS1, Peter Eleey; in Film, Rajendra Roy, Laurence Kardish, and Josh Siegel; in Media and Performance Art, Barbara London; and in Education, Calder Zwicky.

We also extend our great thanks to the game companies and designers who donated these important works to MoMA. Without their brave, forward-thinking participation, this project would not have been possible. A great thank you to Tarn Adams, CCP, Éric Chahi, Cyan Worlds, Electronic Arts, NAMCO BANDAI, NanaOn-Sha, Jason Rohrer, Adam Saltsman, Sony Computer Entertainment, The Tetris Company, thatgamecompany, Valve, and Will Wright. 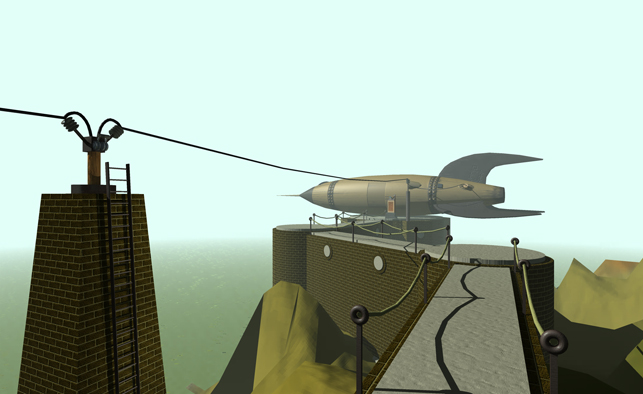