Climate change is brewing and the global population is booming. The solution? Go to a dense city. And live in an energy efficient and weather resilient building while you're at it.

"My wife and I got married about 40 years ago, and for seven years, we lived in a utopian environmentalist community in New York State. That utopian community was Manhattan," said David Owen, a writer at the New Yorker, at a recent event at New York University.

This plan isn't foolproof. Big cities can be major air polluters, like Beijing, Mexico City, and Los Angeles, and produce staggering amounts of trash—33 million tons a year in New York City. Some big cities, also have aging buildings that are woefully inefficient. 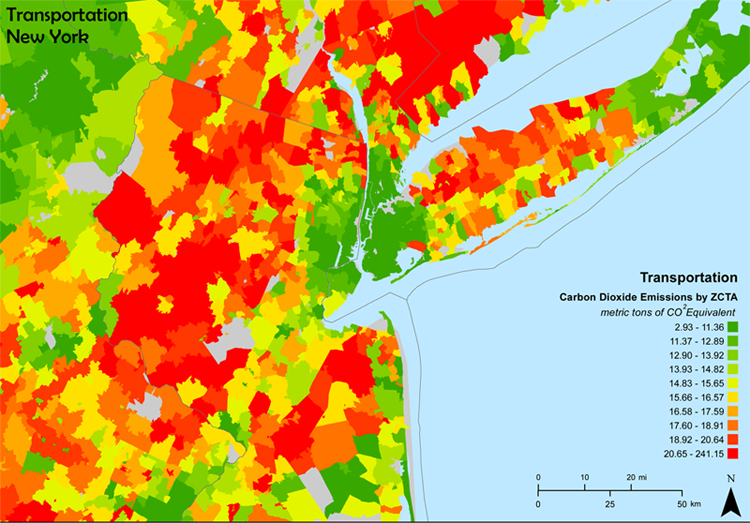 Image based on atmospheric measurements. Image: University of California Berkeley

But solutions already exist. If you really want to make cities even greener, said Katrina Wyman, an urban environmental law specialist at the same talk at NYU, "we should be looking at increasing the energy efficiency of buildings."

One way is by retrofitting existing ones to energy use standards created by the Passive House Institute, an independent energy efficiency research organization in Germany. The concept requires buildings to use 86 percent less energy for heating and 46 percent less energy for cooling (depending on climate type) than a regular code-compliant building.

Certified Passive Houses are well insulated, airtight, and run entirely on electricity—no gas. Architect Julie Torres Moskovitz of Fete Nature Architecture, retrofitted a Brooklyn brownstone to achieve the first ever Passive House certification in NYC. They enveloped the house with high performance insulation and windows, added solar thermal and photovoltaic panels on the roof, cut gas service to the house, and switched all lights over to LED and fluorescent bulbs.

Passive buildings are also resilient to inclement weather and climatic changes. "If your power is knocked out in the winter," said Moskovitz over the phone, "you might not realize because it's so well insulated that you would still feel comfortable inside." Potentially for several weeks, even. 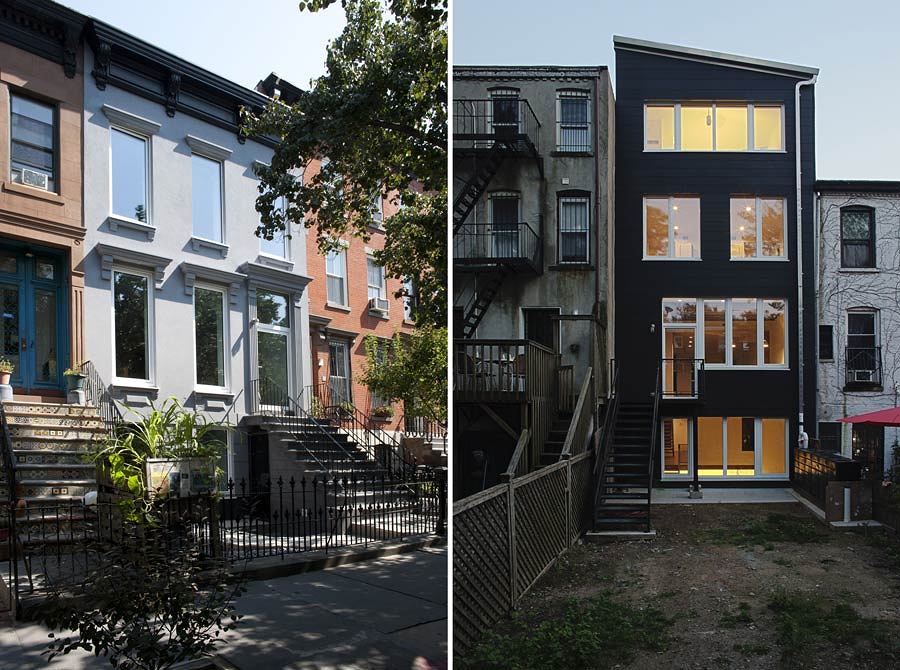 Large apartment buildings can also be easily improved with better insulation , low-use electric appliances and high-performance windows. Even the big brick public housing buildings, like those in New York City, can be made to at least come close to Passive House requirements by insulating and making them airtight from the outside.

So retrofitting is not something that is possible only for the privileged—but unfortunately it is up to building owners and developers to get it done, which puts renters at a disadvantage. This is where city incentives and policy are critical to help drive efficiency practices forward.

You can't address energy performance in large buildings, however, without addressing rooftops. They're big players in the "heat island effect" of cities, where the concrete and dark surfaces absorb sunlight and radiate it back out in heat—even at night. "Rooftops constitute a lot of space" in cities, said Wyman. "They currently amount to 13 percent of total land area in NYC."

Many cities in the US will be experiencing more hot days and increased precipitation so installing garden roofs would both help keep them cool, as well as absorb stormwater. In Canada, the city of Toronto—which has highly densified over the last five years—has required green roofs on new developments since 2010. 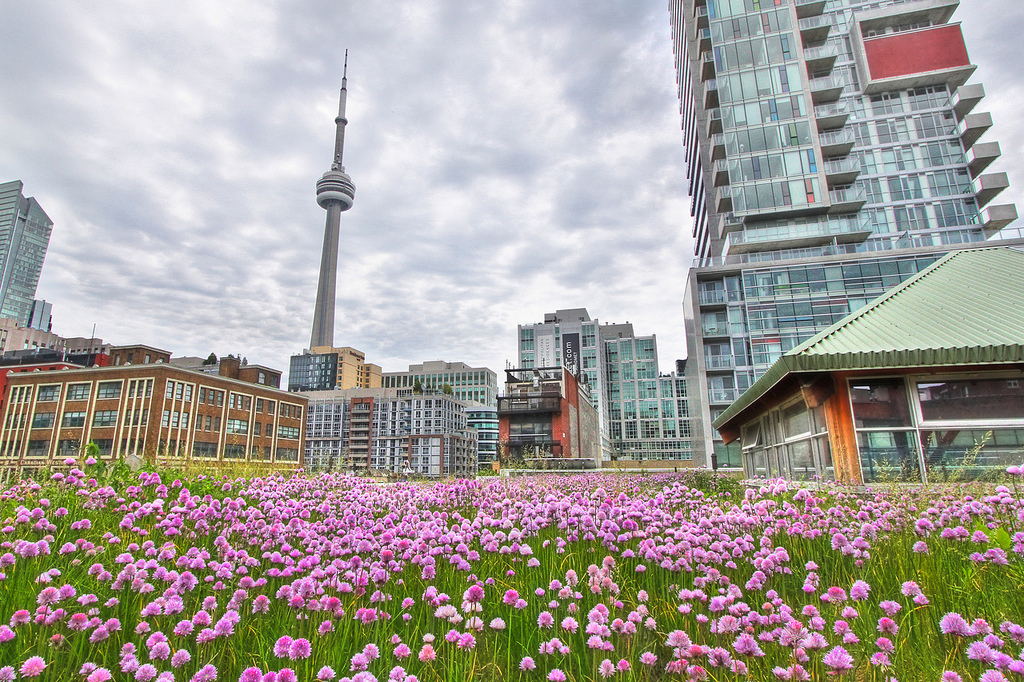 It still might seem counterintuitive to think of huge cities as green—New York City spews out more gas, laps up more water, and burps out more waste than any other city in the world—but it's more noticeable because it's concentrated.

And despite their best efforts, the hybrid-car driving, composting, and veggie growing dwellers of the countryside are still living an inherently less green lifestyle than the folks living on top of each other in the sky rises of Manhattan or Hong Kong. Outside of the city, most people own at least one car, if not two or more, and live in larger dwellings that require more energy. But the pollution is dispersed and less visible, due to sprawl, giving the illusion of cleanliness.

The paradox of energy efficiency, is that it's possible that as machines become more efficient, people will use them even more. Someone in the suburbs might justify driving down the block, because they've got a hybrid, for example.

This danger is all the more reason for folks to get cozy and move into the cities in the decades ahead—to share in energy usage and hopefully mitigate the damage to the Earth in the process.