There was a time when eBay was practically synonymous with buying and selling things online. Now it's surprisingly easy to forget that it exists, until you need to buy something you can't find anywhere else or clear some space in the attic. Or until someone like Elon Musk, made fabulously wealthy when PayPal was acquired by eBay in 2002, muscles his way back into your consciousness by, for example, launching rockets into space or burrowing tunnels under major American cities. Where did he come from, exactly? As with a surprising number of tech heavyweights, the answer is complicated, but it runs through eBay.

None of this is to say that eBay has gone away — in 2017, more merchandise changed hands over the platform than in any earlier year. It's just ancient in tech terms. It went public in 1998. But perhaps more than any other tech giant of its era — excluding Amazon — eBay has shaped the tech industry of 2018. Depending on how you look at it, this is an assignation of credit or blame. EBay's influence can be felt in both trivial and fundamental ways in companies like Facebook, Google and Uber.

EBay is a platform that connects buyers and sellers. It does not itself sell goods; it lists and sorts and processes, providing shelves for its users' inventory and aisles for their prospective customers. It mediates as little as possible, and it takes a cut. Its problems, in the early days, felt new, at least at eBay's scale: managing disputes among significant numbers of users, dealing with bad actors of various sorts, addressing scams and fakes, establishing not just a framework for mass human interaction but systems through which to codify trust and resolve conflict.

To its credit, eBay has ameliorated many of its problems, through public trial and error, over the course of nearly two decades. "All the linchpins on which modern platforms rely, at least at a very high level, eBay pioneered," says Andrei Hagiu, a visiting associate professor at M.I.T. and a longtime researcher of online platforms. "We use it in almost every paper we do." EBay, in obvious and subtle ways, has served as a model well beyond the world of commerce, inspiring the systems that play host to discourse, media, culture and communication online. It was among the first true megaplatforms — the sort that establishes itself as something like online infrastructure. And it may be, to date, the last one we truly understand.

At an analyst conference in 2001, Meg Whitman, then eBay's chief executive, described the company as a "dynamic self-regulating economy." This was a provocative claim, made at a time when approximately just half of American adults used the internet. But it was also a statement of intent. When eBay has taken steps to address problems in its economy, it has tended to do so by providing new systems to encourage users to work things out themselves. To deal with sellers who ship slowly or who don't represent their products completely honestly, eBay lets users rate one another. In theory, this starves bad actors out of the marketplace — a poor reputation will prevent a seller from selling. (If all else fails, the company asserts absolute authority.) 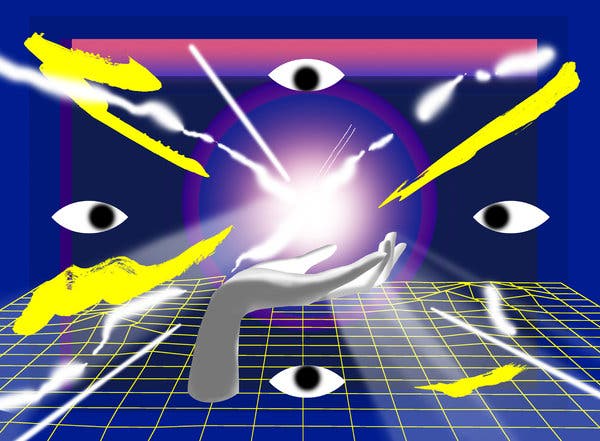 This basic approach to seller vetting has been adopted, and adapted, for much wider use, often with far less remove. In 2001, an eBay user might have given an eBay seller a low rating for an unsatisfactory packaging job; in 2018, an Uber driver might be dinged if a rider doesn't like his personality or choice of music. Facebook recently began ranking publishers by trustworthiness, based on feedback from users. Upon discovering a problem, a platform company's first instinct is to find a way to expose it to the wisdom of a market, or at least the will of a crowd.

EBay users' participation in the site's governance is best understood as large-scale offloading of labor, and is basically limited to snitching on one another; users have some recourse against one another and somewhat less against the site itself. That imbalance doesn't bother us because eBay is eBay. "It's a transactional platform; the transaction is very clear to both sides," Hagiu says. "By and large, buyers and sellers are aligned on eBay." A seller banned for counterfeit sunglasses hasn't lost any rights, just his ability to use eBay. Crucially, to most ears, a scammer's claims to the contrary would sound ridiculous.

Fake Oakleys may not be fake news, but that has not stopped Facebook from defaulting to market solutions for what it sees as market problems. The problem is that a vast majority of Facebook's 2.2 billion users experience the platform quite differently from the parties who go there to make money. Facebook, to civilians, is a place that has promised to "connect the world" and, more recently, to "bring the world closer together." It is a place — like any social network — where people do things they don't conceive of as competitive. It might not really feel like a digital town square, yet it certainly doesn't feel like a marketplace.

But quite often it's managed like one, because in many ways, that's exactly what it is: a giant, multisided marketplace for buying and selling, in which the largest party — the users — doesn't do the buying or the selling. A social network's profitable transactions involve everyone but the users. Ad rates are even determined, in many cases, by auction. If eBay is a machine for finding the right price for a pair of shoes, Facebook — behind the veneer of enabling human connection — is a machine for discovering the right price for a pair of eyeballs. Your eyeballs.

When the biggest platforms seem to be flailing or punting on problems, it's often because they're trying to address broad social issues with market solutions. They're rediscovering, at scale and at great expense to their users, the ways in which a society is more than a bazaar, and the pitfalls of allowing human attention to be sold and resold as a commodity. If a platform is addressing a collective problem in a maddeningly strange way, consider that it might see itself, or only know to govern itself, like an eBay. If it can't keep bad actors from using the service to exploit other users, that's because it's modeled after a system in which finding the highest bidder — or the biggest sucker — is gamely understood to be the point.

There are more lessons for the new internet to learn from the old, and eBay's more recent trajectory might likewise give us clues about where its successors will go next. EBay was once a world-beating company, destined to totally remake commerce. While its legacy is powerful, it has, over the years, discovered its limits. Amazon, not eBay, is now most synonymous with online shopping. The site has also undergone some more fundamental changes. Auctions, for example, have become less popular over time, as sellers and buyers have favored the site's other buying styles, with fixed or suggested prices. And in many categories, large sellers have become entrenched, functioning more like stores themselves than desperate participants in a giant open-air market. EBay's final lesson to the next generation of platforms is that nothing is inevitable. Or lasts forever.

Even still, eBay and PayPal's alumni are now immensely wealthy and unusually influential, and are using that power to reshape the world around them: Musk, with his electric cars and rockets and flamethrowers; Pierre Omidyar, with his investments and media ventures; Peter Thiel — an early Facebook investor and board member — with his funding of lawsuits against media companies and his eclectic and severe right-wing politics. It is worth considering what sort of initiatives might be spawned by the beneficiaries of today's much larger platform companies. EBay invited us onto an auction floor and dared us to compete with one another; millions did. Social-media companies found a more lucrative approach, with an even bigger payoff, by building the auction floor right under our feet.

John Herrman is a technology reporter for The Times.

A version of this article appears in print on , on Page 14 of the Sunday Magazine with the headline: Want to understand all that ails the modern internet? Look to eBay, its first megaplatform — and the blueprint for everything that followed.. Order Reprints | Today's Paper | Subscribe