The first reports came in yesterday afternoon: A team in hazmat gear was surrounding a Hillary Clinton campaign bus that had been spotted "allegedly dumping human waste" near an early voting site in Gwinnett County, Georgia. It turned out to be a Democratic National Committee bus, but no matter: Fox News was all over the budding scandal—Dumpgate? Poopghazi? Ickyleaks?—and by morning was reporting that the driver had intentionally dumped the waste into a roadside storm drain. The DNC called the incident, which could endanger the local water supply and earn a fine from the Department of Transportation, "an honest mistake." The driver had noticed the bus' full tank was leaking, so pulled over and evacuated to avoid causing the world's most mentally and nasally scarring traffic tie-up.

Like the great Dave Matthews tour bus debacle of 2004, this accident should be a cautionary tale for the small army of drivers in charge of shepherding our nation's politicians, rock stars, and Whoopi Goldberg. To make sure they know proper procedure to prevent further fecal debacles, SPY contacted Neville Shende, a veteran tour bus driver who's helmed what he calls mobile "hotels" for Prince, Alicia Keys, and dozens of other musicians over a decade on the road. (He now manages 38 different buses and their drivers for the Nashville-based Pioneer Coaches). Non-drivers are encouraged to read along as well for a fascinating insight into what happens to the waste of a modern politician-on-the-go.

You manage buses now. Do you work with any politicians, and do they have a different setup than musicians?

It's a different layout. We specialize in workhorse buses for concert touring. I would call them sleeper coaches—some can sleep up to twelve people. We also have star coaches, for Kenny Rogers for instance. Grace Potter uses us, she has a master bedroom and a shower. They're pretty darn nice. They're a lot nicer than most people's apartments.

That's a little different from what a politician would want. I know a couple of companies that deal with that. In fact, one of my drivers is out on the Trump tour. I loaned him to Premier Coach, and Premier specializes in what we call executive coaches. They're not for sleeping in, they're more for meeting. They have a lounge and a bar and a bathroom. Pretty wide-open layout, and some can be very nice. But they're not sleeper coaches.

Do the executive coaches have a different sewage system?

The blackwater systems are all set up the same. They'll have a large container tank, and then there's a toggle switch, or a push button, that will allow a hydraulic or electrical plunger to lift up and release, through gravity—it's not pumped, just gravity—would release the blackwater through a four-inch plastic receptacle.

So are there rules about where and when you can empty the waste tank?

Not when, but where. [There are Department of Transportation] regulations where it has to be at certified RV dump sites. My drivers actually have an application that you can get, called RV Dump, that shows when you're driving—it actually pings you on your phone through your GPS. And it shows you spots where you can dump your waste.

Who's in charge of maintenance for the tour bus?

The driver. I would put it this way: An entertainer coach driver is probably the highest tier of commercial driving you can attain. It's the pinnacle. The bus is a hotel on wheels. And every person you see in a hotel is all one person [on the bus], which is the driver. You do the laundry, you clean the bus, you drive, you look after safety. You've got to be a jack of all trades. You've got to do mechanical work. All the maintenance falls on the driver. 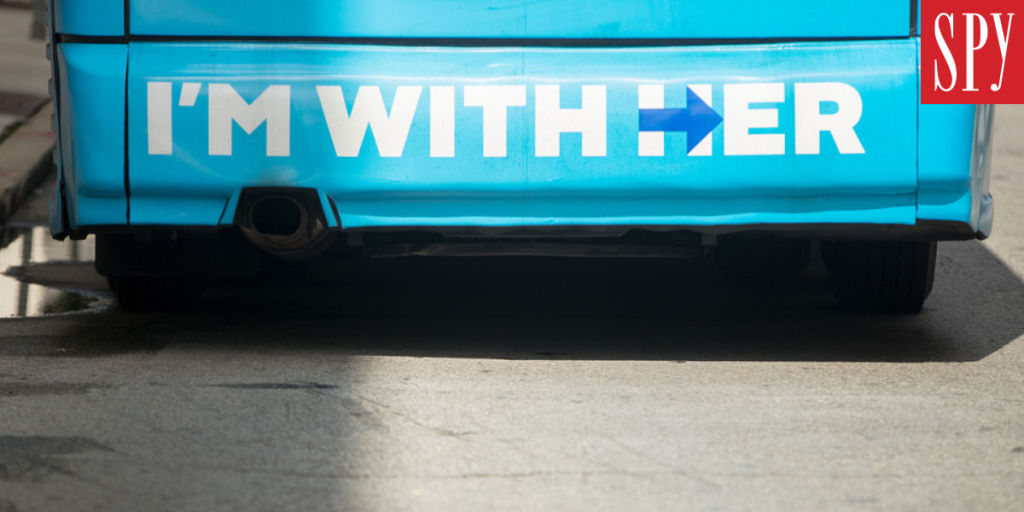 Can a driver hit a button and dump his or her sewage by mistake?

It depends on how the bus is designed. It's not really regulated. We have a toggle switch on our buses, which is almost like an emergency switch. The driver physically has to lift the toggle, or there's a plastic protection that goes over the toggle switch. You can't flip it without moving that, so it's literally a two-step move.

I have seen older buses have a push switch, where it was just a switch you push that says "Dump." I think that's actually what happened with the Dave Matthews bus in Chicago. The guy accidentally elbowed it. A lot of times they'll put this blackwater button switch right by the driver's left elbow. So if the driver has the armrest down and he moves, I've heard you can hit it with your elbow and then all of a sudden you're dumping blackwater. But if you had your protective cap on, it'd probably be leaking a little bit but hopefully you could catch it.

You mentioned the Dave Matthews thing—

I probably shouldn't have said that. [laughs] I was using it as an example. It wasn't our company, so I'm not sure on what the designs were on the bus. But back then in the early 2000s, I can tell you they did have just that push switch. And the toggle that I'm talking about, a lot of other bus companies—like us—moved to that after the Dave Matthews incident.