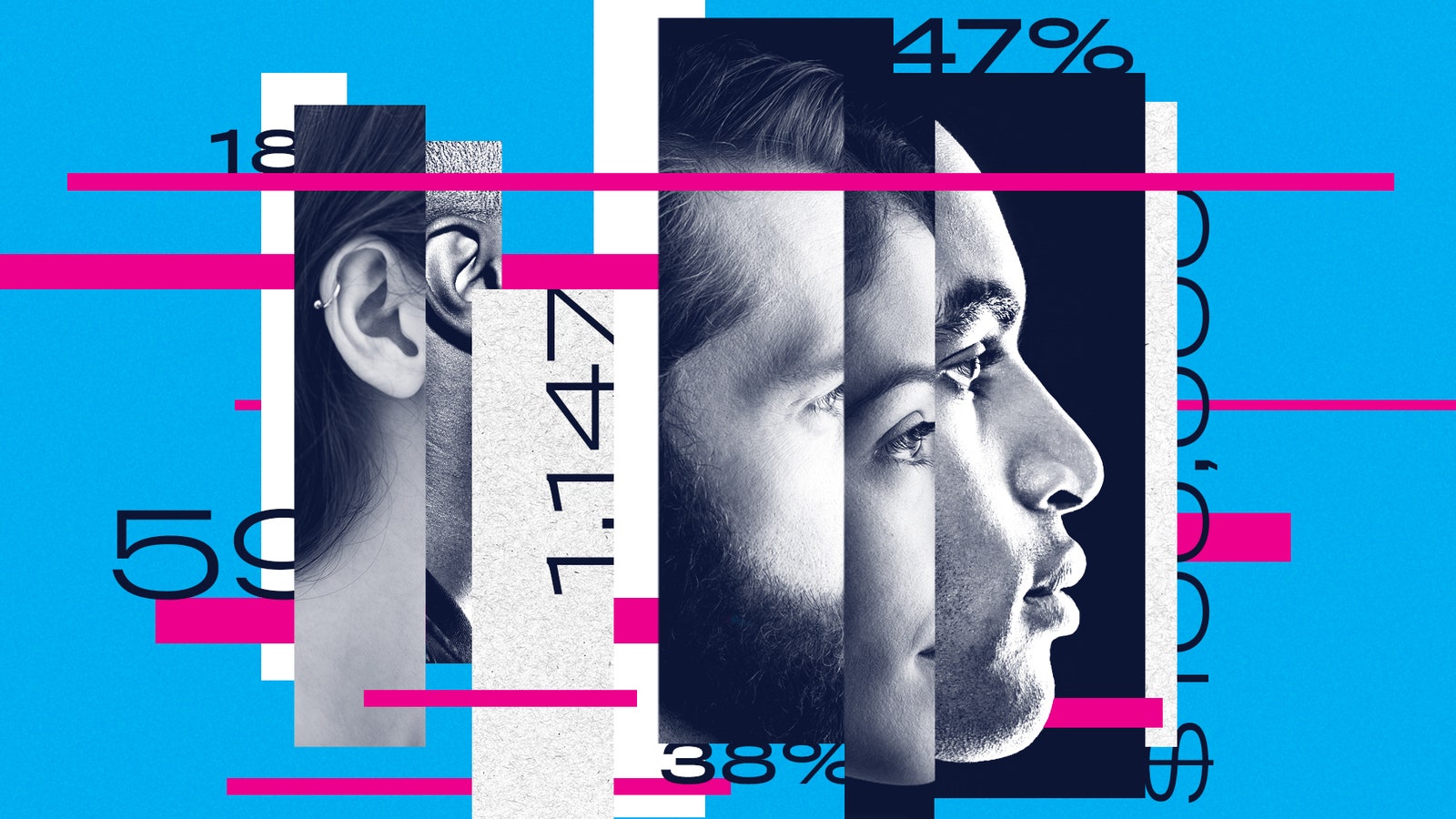 We partnered with Glamour on an exclusive survey of more than 1,000 men about #MeToo, and the results were eye-opening.

If you ask an American male between the ages of 18 and 55 a thoughtful, good-faith question about his perspective on the #MeToo movement, the Twitter-born hashtag that's shined a klieg light on widespread sexual harassment in the corridors of every industry, that man is likely, statistically speaking, to give you a blank stare. Because according to a survey conducted by Glamour and GQ, more than half of the men who responded have either never heard of #MeToo, or they know so little that they can't explain what it is.

The Glamour x GQ "Men on #MeToo" survey was administered by Toluna in April of 2018. It asked a series of multiple choice and write-in questions to 1,147 anonymous American men between the ages of 18 and 55 across a wide variety of geography, careers, incomes, and racial backgrounds.

Another statistic we couldn't ignore: 47 percent of Glamour x GQ survey respondents haven't discussed #MeToo. Ever. With anyone. In tandem with the oblivious men from above, the numbers lay bare a difficult truth: men, we need to get our heads in the game. The broader survey results reveal genuine worries ("I made a point of limiting my conversations with female coworkers to strictly business matters out of fear that that they would take a compliment the wrong way."), deep gaps in the political and cultural awareness of men, and areas where the social structures have failed (e.g., dismal sex education with limited coverage of consent). Some of the survey statistics require extra context; some only inspired more questions. As a whole, the responses made one thing clear: to make real progress on the subjects #MeToo tackles, particularly sexual harassment and consent, men are going to have to catch up. And in order to do that, they—we—have to join the conversation.

So we did just that. GQ editor Benjy Hansen-Bundy and Glamour editor Justine Harman sifted through the survey data and spoke honestly about what they saw. Here are the findings we found most interesting and the dialogue it sparked between Benjy and Justine. (You can read Glamour's response to the survey here.)

Men Are Scared of #MeToo

GLAMOUR: This is what we've been seeing in our personal lives too: The term #MeToo makes men want to run and hide. Why is it so scary?

GQ: I think the lesson a lot of guys learned very quickly during all the #MeToo revelations, myself included, was that this moment called for men to basically shut up and listen for a while. Now it feels like we're in a new phase—it's time to start the conversation about how we fix the big structural problems. I mean, a guy who groped women still got elected president. So everyone has to participate. But I think guys are still a little wary. One guy wrote, "The movement doesn't come across as inclusive to men." To be honest, I feel some of that trepidation too.

There were survey respondents who realized that their behavior needed to be re-examined (and there were men who completely retreated from the dating game out of paranoia). As one #MeToo-influenced guy wrote, "I am more aware that everything must be done under the strictest consent, and in my case, for example, do not assume that my wife has a sexual obligation with me." Yet, that number, it's so low! The 35 percent improves to 59 percent if you discount the oblivious men mentioned above—self examination isn't on the table for the men who don't know #MeToo from R2-D2.

This question—and the responses it garnered—also exemplified why raw survey stats can be messy. Here's a quick sample of "no" responses:

"No. I think I had managed to recognize and change some of my shittier teenage/early college attitudes surrounding sex and dating well before #MeToo hit. Which is not to say I think I ever did anything approaching sexual assault in my youth, but I probably could have been more thoughtful and kind."

"No. Because I am a conservative and we know how to treat females."

"No. Because I am a stand up person who treats women correctly."

"No. Because I don't let fads inform my decisions."

Point being: two men could answer "no" for radically opposing reasons. A large number of survey respondents (mistakenly) declared themselves exempt just for being in a relationship. Even the self-declared "good guys" seemed to come from two different hemispheres. On one side, men who consider themselves enlightened allies of the Dan-Savage-listening, Roxanne-Gay-retweeting variety. And on the other, men like Mr. Conservatives <3 Females and Mr. Fads, who find the #MeToo movement to be irrelevant and condescending.

Still, we're choosing to find some glass-half-full hope in the fact that 59 percent of the men who knew about the #MeToo movement and its mission took the opportunity to examine how they approach sex and dating. We need that majority to carry on the conversation.

The Surprising Portrait of Men Who Understand #MeToo

Think of these as #MeToo police sketches—loose interpretations based on a few key pieces of respondent info from the Glamour x GQ survey. Southerners on the whole showed the least #MeToo awareness; execs were, on average, more oblivious than men with lower-paying jobs, particularly those in manager-type roles where the rules of working with female subordinates might inspire more trepidation. A college education didn't seem to have an effect on awareness whatsoever.

Millennial Men Are Looking Back to Move Forward

GLAMOUR: Looking back on my own past, I'll admit that I wasn't particularly "woke" in college; I vied for male attention in an almost competitive way. I never called out bad behavior, and I didn't look out for my girlfriends the way I would now. Did the movement make you revisit your own experiences?

GQ: Of course. I was in a frat in college, and it wasn't a temple of progressive politics. For a lot of guys, #MeToo has been a humbling moment because they didn't realize how extensive sexual harassment was in our society. There's an interesting distinction between my peer group—guys 18 to 34 years old—and older men: 51 percent of millennials went back to reevaluate their actions, but in the 35-to-55 group, only 28 percent did. That's not great, but this still strikes me as a positive trend, since it's this next generation that will define the future of harassment and consent. Thankfully, millennials seem to know their shit. Or at least are more willing to figure it out.

GLAMOUR: About half of this younger age group said they're worried about being wrongly accused of sexual harassment in the workplace. But the group who had heard of #MeToo were less worried, which says to me the movement is helpful in both promoting awareness and modifying behavior. GQ: I think fear might actually be a good thing; it's part of a course correction. The data also shows that younger men are more likely to say Me Too will improve workplace equality. Which I think shows that the movement is educating guys on a broader cultural level.

Men Are Confused About Consent in Relationships

This is one of the more demoralizing results from the survey—a glimpse into a deep vein of sexual entitlement among men. Are the majority of us this retrograde in our definition of what's expected in a relationship? We desperately want to believe that perhaps there's a mis-interpretation of the survey question happening here, one borne out of a belief that a healthy relationship entails a healthy sexual dynamic. Because we'd also like to believe that 59 percent of men aren't showcasing a predilection for ownership over a partner's body.

Since this was a degree-of-agreement question, we don't have the benefit of knowing exactly what the survey respondents were thinking. But we do have advice for men who wonder whether sex in a relationship is guaranteed. From Lauren Larson, who answered eight tough questions from men about consent:

"In some ways consent does become more implicit the longer you're in a relationship. If you've been together for a while, you've probably become more familiar with each other's boundaries and non-verbal cues. On the other hand, when you've been with someone for long time, you may have to work even harder to make sure they feel comfortable saying "no.'"

Most Men Are Ready to Talk About Consent

GQ: Well, at the very least this shows that most men are not horrible monsters.

GLAMOUR: But I feel like if I were at a sports bar or a frat, the way I would be treated by men would be different than what our findings suggest. Especially since 50 percent of guys ages 18 to 34 agreed with this statement: "If your partner is willing to kiss you, they must be willing to do other sexual acts." That means Aziz Ansari-type scenarios, where the man and the woman are having very different experiences during the same sexual encounter, will continue.

GQ: I wish I could say I thought we'd see an immediate reduction in those Aziz-type situations, but I think it's going to take time. These stats probably speak to the broader fucked-up-ness of our sex education in this country. I'd also say that the discussion seems to be missing a broader examination of human sexuality so far. For example, when we asked, "How do you define the boundary between unwanted but harmless advances and harassment?" there was this pervading sense of defeat in the answers. One guy said, "I feel that there is no line anymore, so you better just keep to yourself." For as long as Western literature has covered courtship, it's almost always the man in pursuit of the woman, with varying degrees of doggedness.

GLAMOUR: When one guy said, "The principle that I employ is that everyone gets one free pass. When you put your interest out, regardless of how overt or covert the advance was, that is all that you are entitled to," I had to pause. Back when I was single, I would always turn down the first inquiry—a guy had to try at least twice to prove he was actually interested. It was all part of the game.

GQ: That's what I mean. It can feel like there's some cognitive dissonance between what is by-the-books acceptable and what actually works between two people. It made me nervous to say that out loud. We're definitely opening a can of worms.