It isn't often that a book review makes headlines, but legendary New York Times critic Michiko Kakutani did just that in 2016. Published about six weeks before the presidential election — one day after the first debate between Donald Trump and Hillary Clinton, when it seemed Clinton's win was inevitable — Kakutani's review of Hitler: Ascent, 1889-1939 by Volker Ullrich went viral when it was perceived as an attack on then-candidate Trump. The review itself was dominated by bullet-points drawing out ways in which Adolf Hitler went from a "'Munich rabble-rouser' — regarded by many as a self-obsessed 'clown' with a strangely 'scattershot, impulsive style'" to Fuhrer in a country regarded as one of the poles of civilization. Trump's name was nowhere in the review, but publications jumped on the apparent comparison. "Trump-Hitler comparison seen in New York Times book review," said CNN; "This New York Times 'Hitler' book review sure reads like a thinly veiled Trump comparison," from the Washington Post; "A review of a new Hitler biography is not so subtly all about Trump," according to Vox. Even later reviews of the book itself were shaded by Kakutani's seeming comparison.

Almost two years later, a subtle comparison between Hitler and now-President Trump feels incredibly tame and undeserving of such heavy scrutiny. But at the time, such comparisons weren't altogether common in the mainstream; Trump seemed destined to lose and fade into whatever post-campaign activity he chose to channel his not-insignificant celebrity towards. Instead, of course, he won, and comparisons like Kakutani's became far more common as it became clear that the presidency would not temper his stated goals and ambitions.

The review would prove to be one of Kakutani's last in her position as the New York Times Book Critic, a role in which she proved a formidable force within the literary world. It was announced in July, 2017 that she would be stepping down after three and a half decades. Famously distant from the public eye, Kakutani's seemingly abrupt departure so soon after causing a media firestorm left many questioning her next moves. Now, one year later, we have an answer: The Death of Truth: Notes on Falsehood in the Age of Trump.

Kakutani has crafted what reads as a first draft of history, a book to which readers could turn for generations to come as an explainer on how the once-unthinkable came to pass.

Kakutani sets out on the ambitious work — in only around 160 pages — of answering the question of how Trump's presidency was possible, much as her review of Hitler was interested primarily in how Hitler was possible in Germany. But the overlap ends there; in this tight volume, Kakutani teases out seemingly disparate strands of cultural and political developments in the United States and weaves them together into a thorough yet readable narrative of how America grew into a place where truth is subjective, and a reality TV star can become its leader.

In a rare interview for Vanity Fair, Kakutani described her decision to write The Death of Truth as a natural development from her work as a critic, saying, "It was an evolution of what I did at the Times, where I tried to take part in the conversation of ideas, both in fiction and nonfiction. This was like running a marathon instead of doing a lot of sprints."

The marathon-versus-sprint juxtaposition is an apt one for placing her book within the growing cottage industry of work that seeks to explain how we got to this moment. Much ink has been spilled since November 2016 in attempts to posit where Trump's candidacy came from, the possible ramifications of his presidency, and the larger trends of which his presence in the White House can be seen as a culmination. The vacuous nature of Trump's personal ideology and the constellation of right-wing groups or causes aligned with him has created a choose-your-own-adventure-esque multifacetedness to the analysis. Is this administration the result of unchecked capitalism? White supremacy? The Religious Right? The answer, of course, is all of it and more — but few analyses cast large enough nets to catch it all effectively. 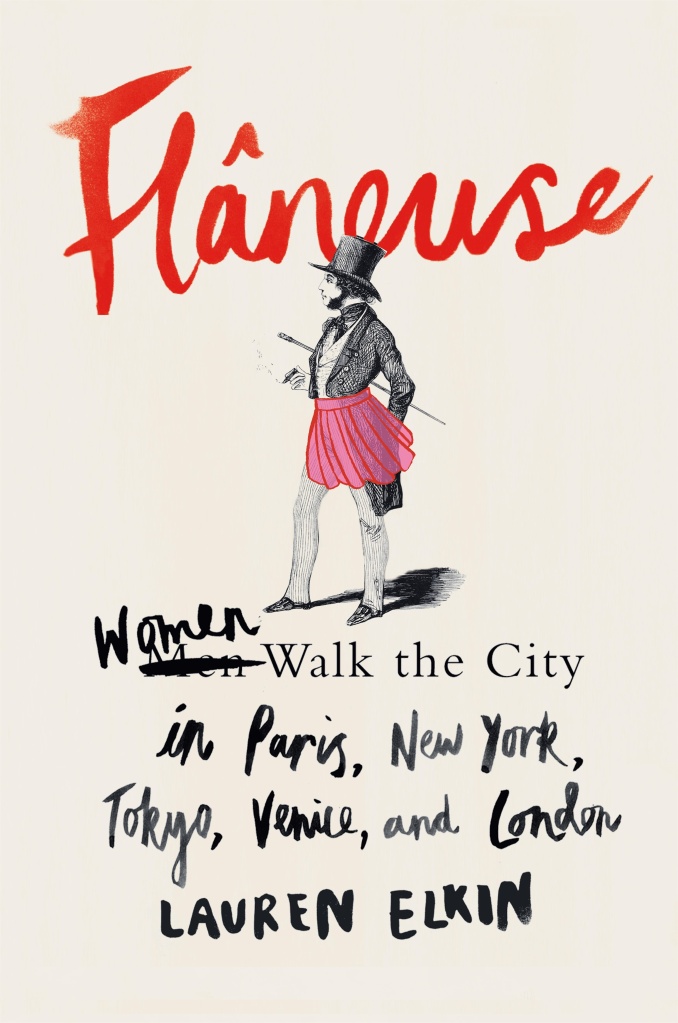 Kakutani, however, does just that. Under the broad umbrella of the devaluing of truth in American society, she has crafted what reads as a first draft of history, a book to which readers could turn for generations to come as an explainer on how the once-unthinkable came to pass.

The introduction sets up the crux of Kakutani's argument when she quotes Hannah Arendt's 1951 book The Origins of Totalitarianism, a work that saw sales rise significantly after Trump's election. From it, Kakutani pulls a simple statement on which to build her analysis: "The ideal subject of totalitarian rule is not the convinced Nazi or the convinced Communist, but people for whom the distinction between fact and fiction (ie. the reality of experience) and the distinction between true and false (ie. the standards of thought) no longer exist." This work is interested less in the fanaticism of true believers than in the complicity of the average citizen, and the ways in which the entire system shifted away from factuality to subjectivity over the past sixty or so years.

Kakutani posits that the potential for a Trump-like figure has always been part of the United States, and that the national myth of inevitable progress and goodness overlooks a parallel "counter-narrative" of conspiracy and populism — Philip Roth's "indigenous American Berserk" and Richard Hofstadter's "paranoid style." It is not that something has fundamentally changed about the insidious elements of American society, but rather that former checks that would have prevented someone like Trump from coming to power have eroded. Kakutani points at the failed efforts of figures like Barry Goldwater and Joseph McCarthy as evidence of both the perennial nature of intolerance-as-ideology and the role of a fundamental cultural and political understanding of what constitutes facts in preventing such extremism from reaching the mainstream.

Kickstart your weekend reading by getting the week's best Longreads delivered to your inbox every Friday afternoon.

Kakutani treads some ground that has already been heavily worn, including the rise of fake news and the role of Russian bots in muddying the waters of reality. But her analysis of cultural trends and the rise of subjectivity adds most to the conversation — and is perhaps the most controversial of her targets. Kakutani suggests that deconstruction and postmodernism have a part to play in the way we interpret reality, and that the prominence of subjectivity in popular culture has elevated the subjective over the objective to the detriment of truth: "The postmodern argument that all truths are partial (and a function of one's perspective) led to the related argument that there are many legitimate ways to understand or represent an event...[I]t's also been exploited by those who want to make the case for offensive or debunked theories, or who want to equate things that cannot be equated."

Opinions that are not backed up by facts are given airtime and normalized by a mass media that does not know how to navigate a surreal world they, in part, helped build — perpetuating the cycle rather than breaking out of it.

If the worlds of Derrida and D'souza feel too disparate to be united, Kakutani connects the dots effectively. While her suggestion that the rise of blogs and memoir in the 1990s and early 2000s are a symptom of what would become our overvaluing of the personal over the factual feels like a slight stretch, her use of postmodernism to give shape to the ways in which objectivity has infiltrated politics and policy is striking. She quotes Newt Gingrich, the architect in many ways of the Republican party we currently have, from a 2016 interview in which he makes false claims regarding crime rates. When called out for claiming FBI statistics were only "theoretically true," he responded, "What I said was equally true. People feel it."

That attitude — that an opinion, if deeply felt, can stand counter to a fact — is likely all-too familiar at this point. It's a chimera with which the Left is struggling mightily and has been for some time; under Obama, it became clear that those who claimed he was a foreign Muslim socialist would not be swayed by facts, a small taste of the fault lines that have developed on almost every single policy issue in the past few years. The Trump administration, with their alternative facts, is speaking the language of a society that leans more heavily on opinion than objective reality and has become more reliant on personal narrative than fact for understanding the world around them.

It's also a dynamic to which the media has struggled to adapt. The rise of Fox News and right-wing media more broadly sits alongside the failure of centrist and neutral networks in their quest for "unbiased" coverage of controversial topics. Kakutani highlights the ways in which a false equivalency between the extreme (such as those who argue climate change is not real) and the credible (the 99 percent of scientists who argue climate change is, in fact, real) has been given credence by a news media that doesn't do enough to distinguish truth from lie. The relationship between neutrality and truthtelling is something many still see as troubled in media; questions like "When does a major news outlet say that the president 'lied' rather than euphemisms such as 'said a falsehood'?" are being asked with an increasing sense of urgency. As a result, opinions that are not backed up by facts are given airtime and normalized by a mass media that does not know how to navigate a surreal world they, in part, helped build — perpetuating the cycle rather than breaking out of it.

At times, the ground is too well-worn to feel remarkable. Kakutani, like others, implicates technology and the role it has played in isolating us based on political ideology by creating "silos" that serve as echo chambers. It's an argument we're all familiar with at this point, and one which is less substantial than her examination of the ways in which bots and trolls can exploit this digital isolation to further our sense of alienation. In later chapters, her discussion of Russian interference feels disconnected from the rest of the work's focus on American culture and history. The place of both of these topics is without question earned in the work — we can't tell the story of truth in America without them — but that doesn't make the disconnect any less glaring. These weak spots in the narrative leave the reader feeling like the connection between these phenomena — between, especially, the American people's gullibility and the Russian government's trickery — is something that, in life as in the book, has yet to be adequately explained.

The inevitable question that plagues books seeking to explain Trump and his ilk is, "Where do we go from here?" In keeping with the spirit of the book, Kakutani offers calls-to-action that are less grand than grounded in reality, but still feel like Herculean feats given the array of forces working against truth. She points to the Parkland students as exemplary of the way we can claw our way back to policy based on truth and objectivity, and encourages readers to combat cynicism while working to uphold institutions that have been undermined by the shift away from reason. As she writes, "There are no easy remedies."

Bridey Heing is a writer focusing on world literature and culture. She is an editorial adviser at The London Magazine and a contributing editor at World Literature Today. She has written for web and print publications in the US and the UK, including The Washington Post, Pacific Standard, The Daily Beast, The Economist, The Times Literary Supplement, and Bust.