What is the 'right to be forgotten'? 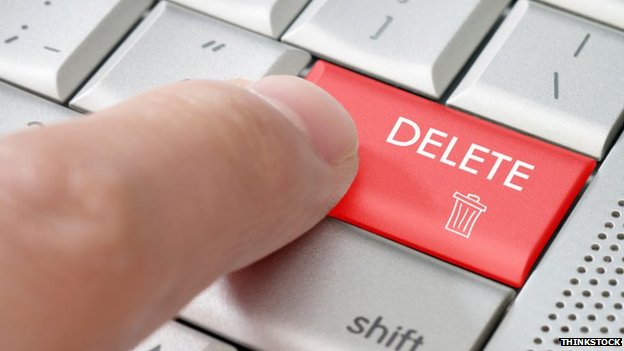 To solve them, a property of his was put up for auction – the details of which were covered in a newspaper, which subsequently went online.

The auction happened in 1998, and with those troubles now behind him, Mr Gonzalez is keen to move on.

But there's a problem: whenever you search for his name, news about the auction still features prominently. He argued that this continued to damage his reputation, and should be removed from Google's search results.

On Tuesday, a Spanish court agreed with him, and in doing so set a major European precedent over what is referred to as the "right to be forgotten".

What is the 'right to be forgotten'? 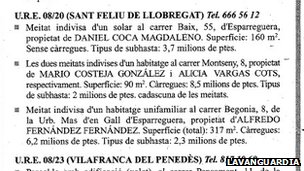 This is the newspaper passage Google picked up

Google – and other search engines – are extremely efficient at crawling the web to find and store data. Even if websites are taken offline, a cache is kept – meaning they can still be accessed.

This is good for making the web as useful as possible, but bad if you don't like what it finds about you.

In Mr Gonzalez's case, Google must now remove the search results that come up about the auction of his property.

It is Mr Gonzalez's right, the EU says, for that information to be confined to history – or at least, a history only findable by the very dedicated. The information will still be online, just not indexed by the search engine.

The decision has wide-reaching implications.

The EU has been pushing heavily for a new law on data privacy – of which "right to be forgotten" is a key component – since it proposed guidelines in January 2012.

It argues that old, inaccurate or even just irrelevant data should be taken out of search results if the person involved requests it.

Eventually, the EU hopes the "right to be forgotten" principle will extend further. Those drunken pictures from your university days? The EU thinks you should have the right to demand that Facebook (or your social network of choice) gets rid of them completely – as well as any bit of data on you it may hold.

If the full proposals are passed, firms that do not comply with the law could be fined around 1% of their global revenues.

Does that mean I can ask for that article about me to be removed?

This will be seen as promising news for the many people whose search results bring up undesirable articles or information.

Decisions on whether information should be removed from search engines depend "on the nature of the information in question and its sensitivity for the data subject's private life and on the interest of the public in having that information, an interest which may vary, in particular, according to the role played by the data subject in public life".

Busting through that jargon – it basically means the information would only be removed if the impact on the individual's privacy is greater than the public's right to find it.

It'll be harder, for example, to have a story from the 1990s about an arrest for assault removed if you're a politician than if you're a plumber.

It's important to stress that such articles would not – at least under the guidelines set out today – be deleted from the internet. They just wouldn't appear in search results.

This is an important distinction. When announcing the regulations in 2012, Viviane Reding, the European Commission's vice-president, said: "It is clear that the right to be forgotten cannot amount to a right of the total erasure of history." 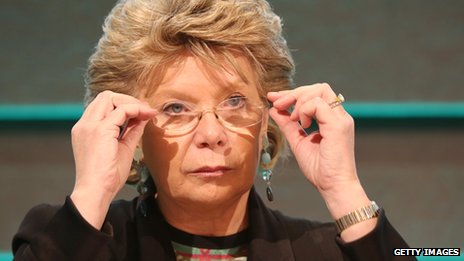 Under scrutiny: The European Commission's Viviane Reding welcomed the decision

But concerns over censorship are already surfacing as a result of this ruling.

"We need to take into account individuals' right to privacy but if search engines are forced to remove links to legitimate content that is already in the public domain but not the content itself, it could lead to online censorship," said Javier Ruiz, policy director at Open Rights Group.

"This case has major implications for all kinds of internet intermediaries, not just search engines."

Likewise, Index on Censorship said removing results from search engines was "akin to marching into a library and forcing it to pulp books".

From Google's perspective, a nightmare potentially awaits, given the possibility that floods of requests are about to come its way. Publicly, the company has said it is looking closely at the implications. But privately, it is said to be furious.

Right now, if you wanted to follow in Mr Gonzalez's footsteps, you would need to lawyer up.

Eventually, if the EU has its way, sites like Google would need to set up an automated process to handle such requests. It would open up a bureaucratic nightmare, and one that would likely cost Google and others a huge amount of money to implement. Tough luck, the EU says.

Is the EU able to tell Google what to do?

One other precedent set by Tuesday's decision is the EU's ability to enforce a ruling made in Spain to an American company.

In a Facebook post, the European Commission's Ms Reding said the decision meant US firms "can no longer hide behind their servers being based in California or anywhere else in the world". 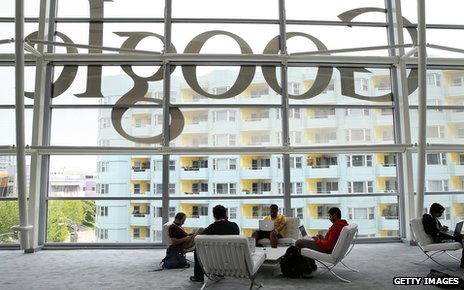 European law should be applied to a US company, the ruling says

She added: "No matter where the physical server of a company processing data is located, non-European companies, when offering services to European consumers, must apply European rule."

Google had argued that its operations in Spain amounted to not much more than a sales office, and therefore decisions over data protection from the EU did not apply – as all the data-crunching was done in the US.