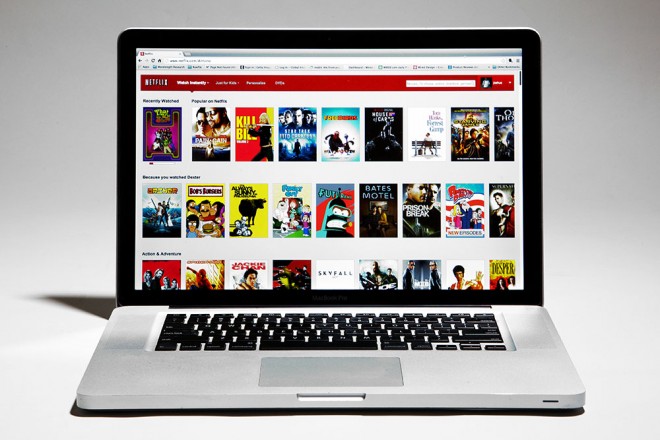 In the future, Netflix will know exactly what you want to watch, even before you do. You won't have to spend all that time browsing through endless lists of shows on your television.

That's according to Neil Hunt, Netflix's chief product officer. It's just one of many predictions for the future of TV that the forward-thinking executive laid out on stage today at New York City's Internet Week conference, and no one would be surprised if all that came to fruition. If there's one company that knows about changing the way we watch TV shows and movies, it's Netflix. From its humble origins as a DVD-by-mail outfit back in 1997 to its current status as a video streaming powerhouse and original content creator, Netflix has already overturned the status quo more than once.

As a slew of other tech companies, from Amazon to Yahoo, compete with Netflix to move television online–and traditional broadcasters fight to protect their old business models–Hunt has a clear vision for how the war for our attention will play out by the year 2025. Here are a few of his predictions:

People have traditionally discovered new shows by tuning into the channels that were most aligned with their interests. Love news? Then CNN might be the channel for you. If it's children's programming you want, Nickelodeon has you covered. And yet, none of these channels can serve 100 percent of their customers what they want to watch 100 percent of the time. 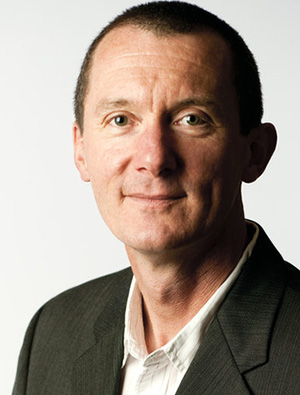 According to Hunt, this will change with internet TV. He said Netflix is now working to perfect its personalization technology to the point where users will no longer have to choose what they want to watch from a grid of shows and movies. Instead, the recommendation engine will be so finely tuned that it will show users "one or two suggestions that perfectly fit what they want to watch now."

"I think this vision is possible," Hunt said. "We've come a long way towards it, and we have a ways to go still." He said Netflix is now devoting as much time and energy to building out that personalization technology as the company put into building the infrastructure for delivering that content in the first place.

Creative Freedom Will Come to Hollywood

Hunt knows what you're thinking: Most of Netflix's extensive library consists of shows and movies you'd never want to watch. "Some would call it junk," Hunt admitted on stage.

But he doesn't see it that way. "There are no bad shows," he said. "But there are many shows with small, but devoted audiences." And as Netflix's personalization engine becomes smarter and smarter, he said, it will become easier for those small audiences to discover new content they might not otherwise have found. That will give people like filmmakers and actors more creative freedom, he explained, because they'll finally have a distribution channel that will tolerate small, highly individuated audiences.

"Internet TV can afford to carry those small shows," Hunt said, adding that this approach has already enabled shows and films to thrive on Netflix that might not otherwise have worked on traditional television. The Square, a documentary about the Arab Spring uprisings in Tahrir Square, is one such example. "It's been so successful on Netflix, and might not have found a home on linear TV."

Internet TV will also free filmmakers from traditional television formats, Hunt said, in which they get one half-hour or hour-long slot per week with which to hook a viewer. On the internet, a television episode "can be as long or as short as you want, and it doesn't have to tease you into the next episode because you can binge right into the next episode." Eventually, you won't even recognize TV shows as TV shows. "The stories we watch today are not your parents' TV," Hunt said, "and the stories your kids watch in 2025 will blow your mind away."

The Commercial Will Finally Die

Netflix has already proven that it's possible to build a big business in television without advertisers. Subscription fees, it turns out, do the trick. That means that the proliferation of internet TV may be the final nail in the traditional commercial's coffin. That would change the entire economics of the advertising industry over the next decade, Hunt explained. "The ad-free model seems to be very popular with consumers," he said. "We have to imagine that the Geicos and the Wendys and the Chevys will have to find a different place to advertise their wares in 2025."

But there's another possibility. According to Hunt, the same technology that delivers personalized content to viewers could also help internet TV service providers select more targeted ads to show their users. "Maybe you only see that Chevy ad if you're ready to buy the car today," Hunt said. That means viewers would see fewer ads, and advertisers would get to reach a more relevant audience.

Ok, so this might not have been one of Hunt's predictions, per se, but when asked by an audience member whether we might see live television and sports broadcasting on the site in the future, Hunt said we should "stay tuned."

He noted that bringing live sports to Netflix would change the economics of the company. "Sports franchises end up being able to sell to the highest bidder," he explained. "It's not an area where Netflix has the total advantage over everyone else." But he also said that as Netflix continues to grow its footprint, it's always a possibility. Such a development would be an even deeper blow to the traditional television industry, as live sports are one big reason people opt not to cut the cord.

Everyone Will Have a Smart TV

In 2014, Hunt said, about 100 million internet-connected TV will sold–or about one for every three homes with broadband internet. And by the year 2025, he told his audience, everyone will own a smart TV.

That means the race is on to become the smart TV manufacturer of record, and the competitive landscape is broad. This is a battle that will include cable companies, internet TV providers like Netflix, and tech giants like Google and Apple, as well as television manufacturers like Sony and Samsung. That should usher in a golden age of innovation in the smart TV space, as powerful competitors vie for your attention–and make each other better in the process.