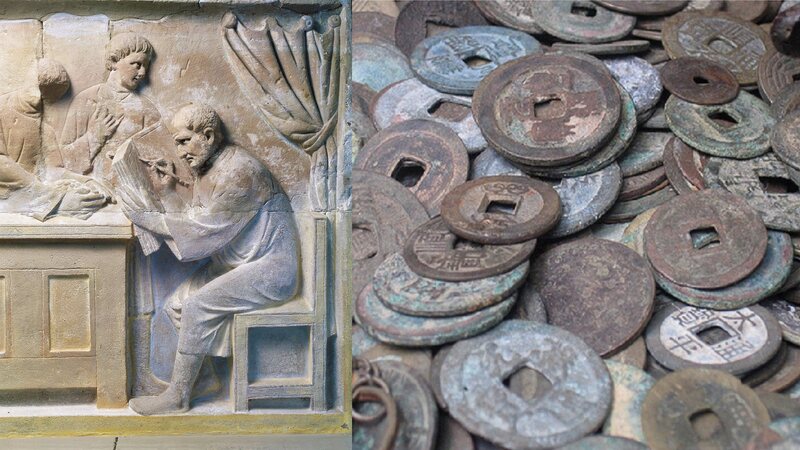 Taxation and bureaucracy have a lot to do with the adoption of last names. Left: DEA/G. Dagli Orti/De Agostini/Getty Images; Right: mc559

In the U.S., an immigrant country, last names are hugely important. They can indicate where you're from, right down to the village; the profession of a relative deep in your past; how long it's been since your ancestors emigrated; your religion; your social status.

Nguyen doesn't indicate much more than that you are Vietnamese. Someone with the last name Nguyen is going to have basically no luck tracing their heritage back beyond a generation or two, will not be able to use search engines to find out much of anything about themselves.

This difference illustrates something very weird about last names: they're a surprisingly recent creation in most of the world, and there remain many places where they just aren't very important. Vietnam is one of those.

The existence of last names in Vietnam dates to 111 BC, the beginning of a lengthy thousand-year occupation of the country by the Han Dynasty in China. (There were a few short-lived attempts at independence before the Vietnamese kicked the Chinese out in 939 AD.) Before this time, nobody really knows how the Vietnamese handled names, due to lack of written records. In fact even the name "Vietnam" comes from the Chinese; "viet" is the Vietnamese version of the word the Chinese used to describe the people southeast of Yunnan Province. 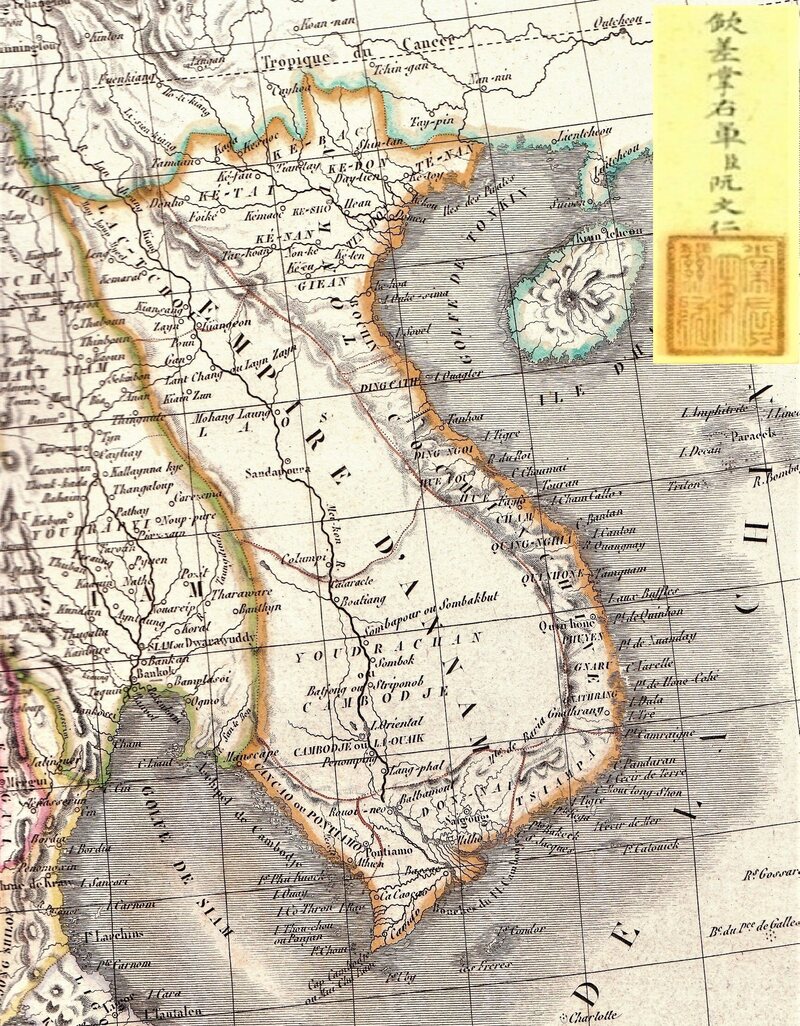 1829 map of former Indochina, Vietnam along the east coast of the peninsula. Inset is the 1821 seal of the Nguyen Dynasty. Vintage map from Atlas Universel (seal via WikiCommons)

It is likely that the Vietnamese, prior to Chinese domination, did not use last names, (or family names, which we should call them, given that in Vietnam and many other places, this name does not come last). This does not make them unusual at all. Prior to the 18th century, much of the world did not use family names. More common would be what's called a "patronymic" name, meaning your full name would literally translate as something like "Steve son of Bob." Patronymic names refer only to the generation immediately before and remain common in much of the world, especially in Scandinavia and the Middle East. (Keep an eye out for "surnames" ending in "-sson" or including "Ben" or "Ibn." Those are patronymic names.)

The entire idea of a family name was unknown to most of the world unless you were conquered by a place that used them. Those conquerors included the Romans, the Normans, the Chinese, and later the Spanish, the Portuguese, the Germans, and the Americans. It was the Chinese who gave Vietnam family names.

Basically, the Chinese (and later the Romans and Normans) conquered all these places with all these people, and they needed some way to keep track of them so they could be taxed. But most of these places didn't have family names, which made them a real pain to monitor. How can you be sure that you're taxing the right Dũng, when there are a dozen of them in the same village and they're referred to as "Uncle Dũng" and "Brother Dũng"? 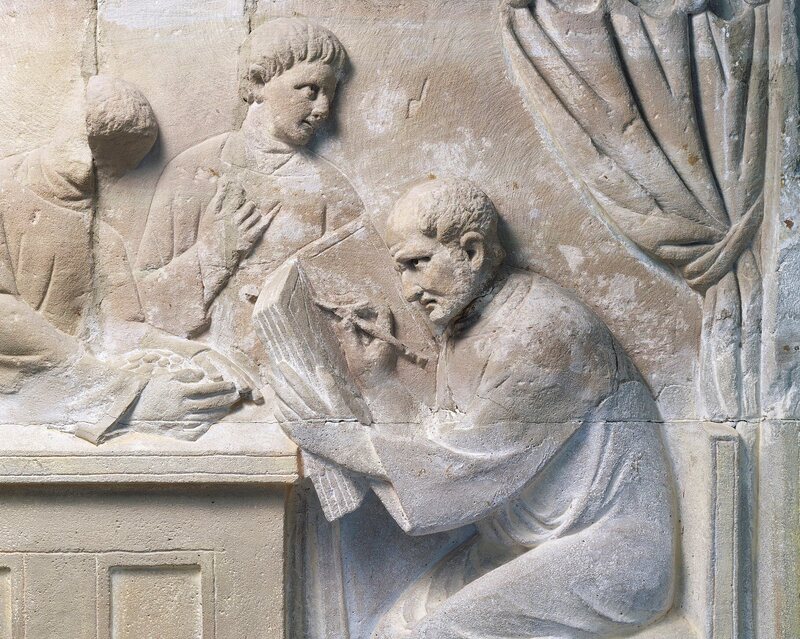 Relief of a Roman tax collector. The ability to collect taxes from ancient outposts was one reason for the rise of surnames. DEA/G. Dagli Orti/De Agostini/Getty Images

So the Chinese just started handing out last names to people. They assigned these surnames pretty much randomly, but the original pool of last names largely came from Chinese last names, or Vietnamese derivations of them. Nguyen, for example, came from the Chinese Ruan. "My guess is, senior Chinese administrators used their own personal names to designate people under their own aegis," says O'Harrow. This kind of thing happened a lot; the tendency of the imperialist to just bestow his name on the people he conquered can be seen everywhere from the Philippines (which has tons of Spanish last names) to the U.S. (where black Americans often have the names of the owners of slave ancestors) to the Indian state of Goa (Portuguese).

Ruan itself might come from an ancient Chinese state of the same name, or maybe from the ancient lute-like instrument also called a ruan. Who knows? Either way, it seems likely that some mid-level Chinese bureaucrat, in seeking to figure out who actually lived in his newly conquered Vietnamese territory, simply decided that everyone living there would also be named Ruan—which became Nguyen.

Oh right, let's take a minute to discuss the pronunciation of Nguyen. If you search, you'll find dozens of extremely confident declarations about the correct way to say the name. These are not wrong, necessarily, but a central problem is that, well, there isn't really one correct way to say Nguyen. Vietnam has a few different dialects, with the biggest division between them being geographical, namely north-south. Southern Vietnamese tend to clip some of their sounds, so Nguyen would be pronounced something like "Win" or "Wen." Northern Vietnamese would keep it, giving a pronunciation more like "N'Win" or "Nuh'Win," all done as best you can in one syllable.

This has all been further complicated by the Vietnamese diaspora. In the interest of easier assimilation, Western given names are pretty popular—you may know a Katie Nguyen or a Charles Nguyen—but Nguyen, with a spelling that would immediately confuse Westerners, remains difficult. That "Ng" beginning is not a sound that Westerners are use to as an opener to a word. So there is a tendency to kind of let pronunciation slide, creating a whole new range of acceptable ways to say Nguyen. (After all, if someone named Katie Nguyen says it's fine for you to pronounce it "NEW-yen," who are we to argue?) But the key is that pronunciation of Nguyen varies pretty widely.

Back to taxes and bureaucrats. None of that explains why Nguyen is such a popular family name in Vietnam. After all, there were tons of those mid-level bureaucrats handing out family names. Why did this one become so popular? 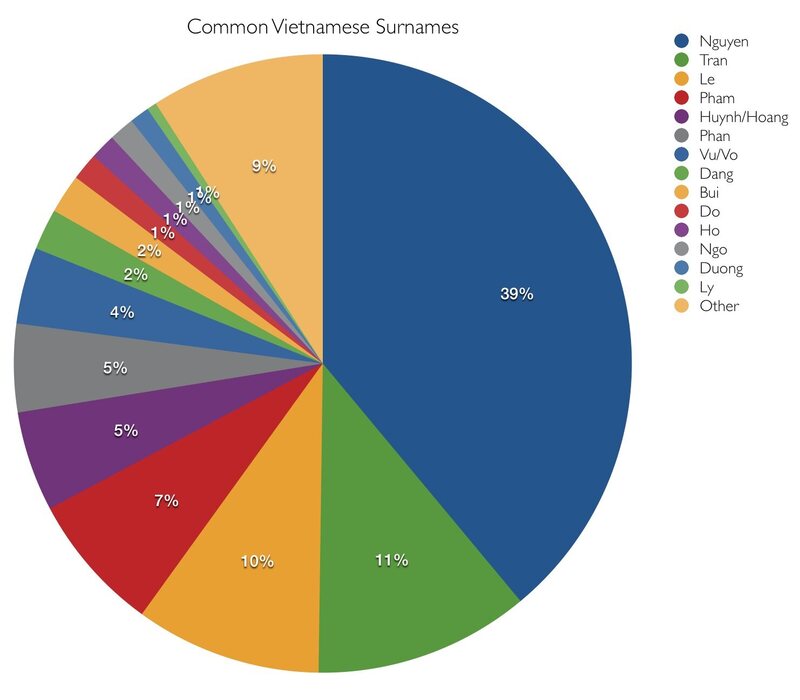 Though last names in Vietnam are, thanks to that early period under Chinese control, much older than they are in most parts of the world, the Vietnamese never seemed to much care about them. They just never became a fundamental way that Vietnamese people referred to each other or thought about themselves.

"Vietnamese has no pronouns, like he or she or you or they," says O'Harrow. Instead, the usual way to refer to somebody else is with something O'Harrow calls a "fictive kinship term." Essentially, you refer to someone by their given name, and add some kind of family-based modifier which indicates the relationship between the speaker and listener. If you're talking to our good friend Dũng, and he's about the same age as you, you might call him Anh Dũng, meaning "Brother Dung." To indicate age or gender differences or respect, you might substitute something like "aunt," "grandmother," or "child" in for "Anh."

The last name, in Vietnam, is there, but just isn't that important. And when it's not that important, you might as well change it if a new last name might help you in some way. This may or may not be a continuation of the way names were used before the Chinese came—we really don't know—but ever since, Vietnamese people have tended to take on the last name of whoever was in power at the time. It was seen as a way to show loyalty, a notion which required the relatively frequent changing of names with the succession of rulers. After all, you wouldn't want to be sporting the last name of the previous emperor.

"This tradition of showing loyalty to a leader by taking the family name is probably the origin of why there are so many Nguyens in Vietnam," says O'Harrow. Guess what the last ruling family in Vietnam was? Yep, the Nguyễn Dynasty, which ruled from 1802 to 1945. It's likely that there were plenty of people with the last name Nguyen before then, as there were never all that many last names in Vietnam to begin with, but that percentage surely shot up during the dynasty's reign. 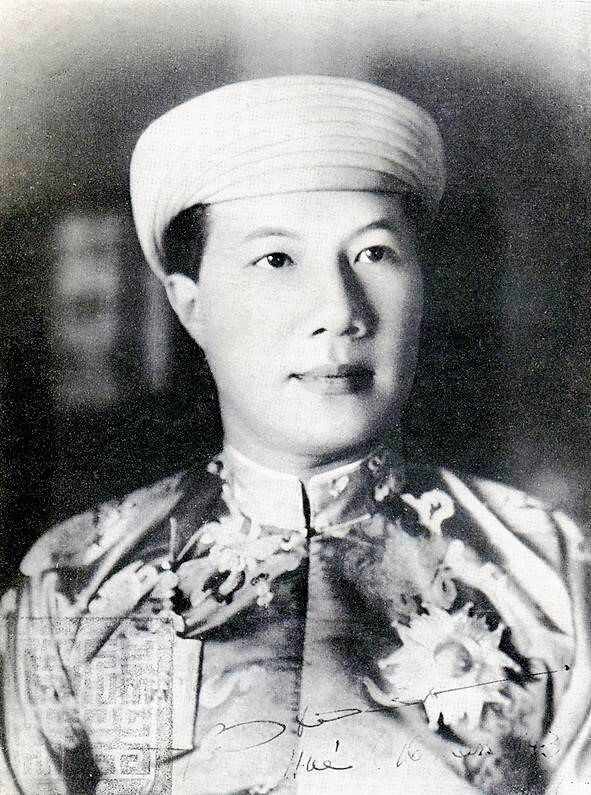 Even this tendency to take on the last name of the ruler is not totally unique to Vietnam. The same thing happened in Korea with the name Park, originally the name of King Hyeokgeose Park, the founder of the thousand-year dynasty of one of the Three Kingdoms of Korea. Theoretically, all the Parks in Korea trace their ancestry back to that king, but after a peasant revolution in 1894, many peasants adopted the last name Park as a symbol of the abolishment of the caste system.

For Vietnamese-Americans, which number over 1.5 million, having the last name Nguyen is a complicated subject. "It's a signifier for being Vietnamese, but when 40 percent of the Vietnamese population is Nguyen, it doesn't really mean that much," says Kevin Nguyen, a friend of mine who works as the digital deputy editor of GQ. "If I have kids, I don't really care if their name is Nguyen, because it doesn't really attach them to anything besides, maybe, 'non-white.'"

Kevin can't really trace back his history using 23andMe or Ancestry.com or any of those sites, either. For one thing, 23andMe has such a tiny number of Asian DNA samples that it basically can't get any information beyond "Asian," which is not very helpful. "Even if I wanted to sign up for an ancestry-lineage type site, I don't think it would get very far, because there's just so little to go on with my last name, and there are no records of anyone past my grandparents in Vietnam," says Nguyen. "I'd be interested, but I just don't think there'd be a way to learn much more."

But that tendency to trace one's name has baggage attached to it that not all Americans will have considered. My own last name doesn't seem to have existed before my great-grandfather came to the U.S. in the early 20th century; searches stop abruptly at the ship's manifest.

"It's funny, when people are really specific or proud of their last name or heritage, it's almost a form of privilege," says Nguyen. "Like sure, everyone cares about their last name, until you're persecuted and that line is broken." Nguyen as a last name is a signifier of that persecution, from trying not to be seen as an enemy of the royal dynasty all the way back to the actions of a probably disinterested Chinese bureaucrat.