Unless FIFA changes course, the risk of collusion will be much higher in future Cups.

A new format with 48 teams, starting in 2026 but possibly as soon as the next World Cup, raises a serious fairness issue in the chase for the World Cup trophy. CreditAlexander Zemlianichenko/Associated Press

If you're a World Cup aficionado, you may want to take the time to savor this one, because it may be the last version with a format — groups of four teams — that has a fair and consistently exciting opening phase.

The new opening format — two teams advancing from groups of three in an expanded 48-team field in 2026, and possibly as soon as the next World Cup in 2022 — raises a very serious issue: The risk of collusion will be much higher.

In many cases, the two teams playing the last game in the group will know exactly what results will let them both advance to the knockout stage — at the expense of the third team of the group. 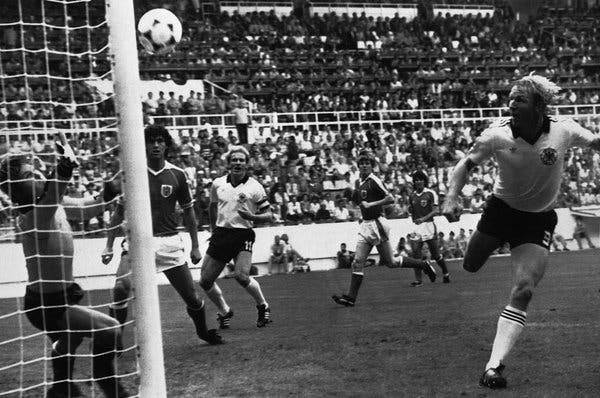 Once this goal was scored by West Germany's Horst Hrubesch against Austria, both teams all but stopped attacking in the last 80 minutes in perhaps the most controversial game in World Cup history, in Gijon, Spain on June 25, 1982.CreditAssociated Press

A match in the 1982 World Cup in Gijón, Spain, is probably the most infamous example of World Cup collusion. In what became known as the Disgrace of Gijón, West Germany and Austria appeared to arrange a 1-0 Germany victory that would let both teams advance to the second round. The clear signs of coordination, in which little attempt was made to score in the final 80 minutes, came at the expense of Algeria, which had played its last group game against Chile the day before. 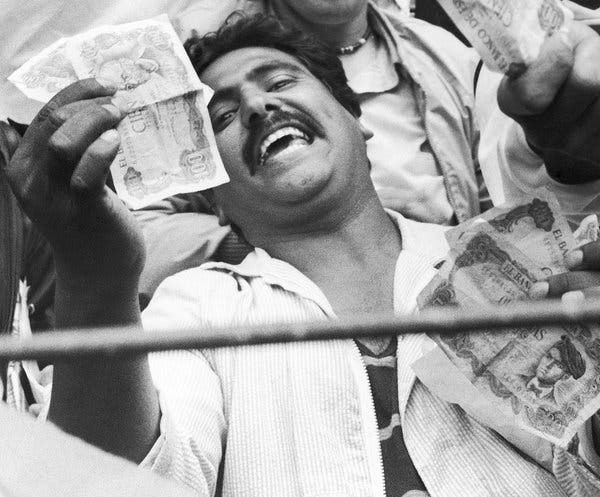 An Algeria fan showed his disgust with the West Germany-Austria game by flashing money to photographers, implying the game was fixed. CreditAssociated Press

Since then, all teams in a given group have played their last group match at the same time. Although this has not eliminated the possibility of coordination, it has reduced it significantly.

But of course this arrangement is impossible when groups have an odd number of teams, such as three.

Let's look at hypotheticals in the new format. In a group of three, we'll call A the team that plays the first two group matches, and B and C the two other teams. If we use the current World Cup rules (3 points for a win, 1 for a draw, 0 for a loss, with ties in the standings decided by higher overall goal difference, then higher overall number of goals scored), risk of collusion will occur exactly in the following cases, after Team A has played its two matches:

Case 1: Team A has one win and one loss, and a goal difference that is negative or 0.

Case 3: Team A has one draw and one loss.

In these situations, there is a result of the last group game (B vs. C) that eliminates A.

Let's imagine that the United States is Team A and that Canada and Mexico are teams B and C. (This would not be a realistic World Cup group, but we're using these three as examples because on Wednesday they're expected to win the competition to jointly host the 2026 World Cup, which will feature the new format.)

If the United States has two draws of 0-0 and 1-1 (Case 2), Mexico and Canada could arrange a 2-2 draw to eliminate the U.S. because of a higher number of goals scored. In Case 3, any draw between Mexico and Canada eliminates the U.S.

In all other cases, Team A will already have advanced or been eliminated before the last group game. To minimize the risk of match fixing, Team A should be the strongest team in the group, so that it has higher chances of having already advanced. Or it should be the weakest team, if very weak, so that there are higher chances that it is already eliminated with two losses. But arbitrarily deciding which team will play the first two games in a group seems unfair because it's the only team that may be the victim of collusion.

Aware of this danger, FIFA, world soccer's governing body, has considered forbidding draws during the group stage. Games ending in a draw would be decided by penalty shootouts. This would indeed rule out Cases 2 and 3.

But FIFA is deluding itself if it thinks that would eliminate the risk of collusion: Case 1 would still be possible. Worse, Case 1 would actually be more likely, because banning draws automatically increases the probability of wins and losses.

According to my calculations, banning draws would indeed decrease the risk of collusion, but not by much: The risk would still be around 10 percent if the strongest team plays the first two group games, 30 percent otherwise. The probability that at least one group faces suspicion of collusion would still be very high, about 80 percent in the first case (with the strongest team playing the first two group games) and still more than 99 percent otherwise.

Not only would this make the Disgrace of Gijón possible all over again, but it would also make the risk of its repetition very high. Of course, not all teams would collude if given the opportunity, but even suspicions of coordination could damage the World Cup, and the reputation of soccer in general.

Consider an example in which Teams B and C compete honorably but randomly produce a result that eliminates Team A. In this case, a perfectly legitimate result would still be called into question by many.

When collusion does occur, it need not be explicitly agreed upon before the match. It may take the form of two teams satisfied with the current score late in a game and refusing to attack each other. It's actually the most likely form of collusion (with an example last October between Peru and Colombia, during the last match day of the South American qualifiers).

In fact, with groups of three, risk of collusion is unavoidable: Whatever rule FIFA will use to rank the three teams in a group, there will always be situations in which Team A has neither advanced nor been eliminated after its second match.

Another, less serious issue raised by groups of three is that teams cannot enjoy an equal number of rest days between games.

Increasing the teams to 48 (from 32) seems a certainty for 2026. But maybe FIFA will reconsider the rest of the format, which calls for a knockout phase starting with a Round of 32 after 16 teams are eliminated from the three-team opening groups.

With 48 teams, 12 groups of 4 seems a better format. The eight best third-place teams could advance to the Round of 32. However, with 72 group matches and a total of 104 games, the World Cup would then last at least one more week, assuming four group matches per day. Both the current format (64 games) and the three-team group format (80 games) can be completed in 32 days.

Perhaps readers can come up with a more reasonable, fair and scandal-free system for 48 teams. Let us — and FIFA — know what you think.

Julien Guyon is a French mathematician and soccer fan. He is a quantitative analyst and adjunct professor in the Department of Mathematics at Columbia University and at the Courant Institute of Mathematical Sciences, New York University.