How much do you wish you could be part of the SNL cast during this election cycle?

[Laughs] Well, I don't know, I guess I made somebody mad over there, they don't ask me back anymore. But I do really, really like the show and I'll always watch it obviously because it's part of my DNA, so to speak. It's just what I do when I'm home on a Saturday night. They're going to have fun, it's what makes the show great—the fact that there's this kind of immediacy to it. It's very much a mirror that's held up to reflect what's going on in our world. The fact that it has endured for 40-plus years is just remarkable. 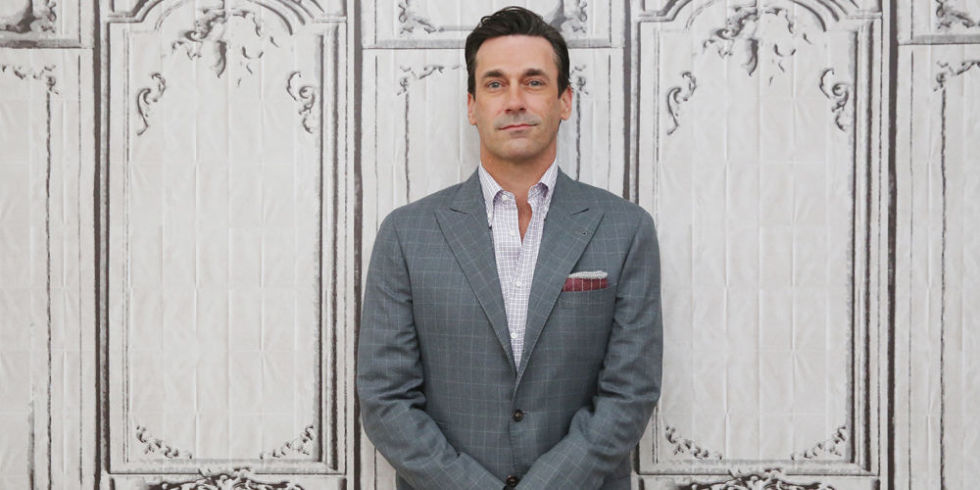 Speaking of the comedy scene, I read that you first met Zach Galifianakis when you were starting out as an actor in Los Angeles.

Yeah, Zach's from North Carolina and he went to New York to get his start, and then he came out to L.A. like most comics eventually do to make money. There was a really cool comedy night, Mondays at Largo. It's still there, it's just a different Largo now. It was this tiny, weird little place on Fairfax, and on Monday night was like the hottest room in comedy. There were really, really funny comics there that are now big names: Sarah Silverman, Paul F. Thompkins, Zach, Patton Oswalt—also in the movie with us—Louie C.K., Demetri Martin, Doug Benson, Jimmy Pardo, Scott Ackerman. Tenacious D got its start there. It was just a hot night, a fun night, and it was five dollars. That was the best part of it. It wasn't a super exclusive thing, you just had to know about it. You just had to stand in line, which was a long line and a very small room, or you kind of had to know somebody. I was fortunate enough to know [Mark Flanagan], the guy that owned the place, so I could come in the back door and not have to wait in line, which was even better.

Do you remember what stuck out about Zach's early comedy?

Yeah, I do. Zach's comedy was sort of these very funny asides, this observational stuff. But he would sit at the piano and play beautiful piano and make goofball dumb jokes. You can see that online, there's a lot of that stuff that existed.

After The Hangover, he's played a lot of different characters to escape stereotyping. Has that been your strategy after playing Don Draper for so long?

I think obviously there's a part in all of us that, whatever you get famous for or known for, people just want to say, "Oh, that's your thing, that's the thing you do." No, that's a thing I do. I'm not defined by this one thing I got famous for. Some people are, and they're fine with it. You can certainly live a happy existence doing the same one thing over and over again. But I feel like the danger is: What happens when everyone gets tired of that? And if you live your life by what the public thinks of you, it becomes a very tricky existence in many ways.

You can certainly live a happy existence doing the same one thing over and over again. But I feel like the danger is: What happens when everyone gets tired of that?

I say this all the time: the fun part of being an actor is doing different things. I remember in college I did 15 plays in three years. That's 15 different roles—a musical, a comedy, a this and that. That was the fun part. Obviously in college it's a little different because you're not competing against the whole world, you're just competing against the people in your department. But that was the cool part, was getting to do different stuff. If you wanted to just do one thing over and over again, there's plenty of better jobs that you can get. You can work on an assembly line, you can be a lawyer and read briefs all day, you can be a dentist and stare at teeth. There's plenty of other options. So, the idea of doing the same thing over and over again seems very odd to me.

With that in mind, how have you reflected on the last year without Mad Men and gaining some freedom away from it?

Well, it's weird, because it's different from the last nine years. In the best way, it's kind of scary. "Oh no, what's next?" Are people going to like me in any other capacity? It's the kind of weird Sally Field "You like me!" thing that all actors have in some capacity. But it's also the fun part of the job: What's next? I had a friend who always used to say that most exciting word in the English language is "next." What's next? Use the good part of the fear of the unknown and "what's next," and enjoy it.

How much, then, do you miss playing Don Draper? Or have you tucked him away in your mental closet?

I think it's more of the second thing than the first thing you said. I don't necessarily think I miss it so much. It was not without its difficulties playing that part and living in that headspace for a while. It wasn't the most pleasant person to portray. He's kind of a miserable dude, and that can be tricky, in and of itself. But it is nice to look back on. I had this experience and I made these friends and I have this career, which is due in large part to the success of that character. A lot of that is great and I wouldn't trade it. I think that's more of what the memory of that is.

This movie seems like a very different experience than conferring with Matthew Weiner about small, particular details inside a Manhattan office. Was it exciting to take on a project that had some action and let you shoot a gun?

Yeah, but also I got to work with people that I know and I like—not only Zach, but also Greg Mottola, who I worked with on Clear History before and whose work I greatly admired. Again, it's the opportunity to do something that seems like it's going to be fun. There's a lot to be said for that. And fun can have a lot of different connotations, obviously. It can be fun to play Don Draper in a certain way, even though he's a miserable bastard. Part of the fun of acting is playing bad guys, too. The other fun part is you do all this cool shit. You run around with a gun and drive cars fast and jump out of buildings into a pool.

How much did stunt doubles do for you? Were you able to do any of these things by yourself?

I mean, my God, I'm not Tom Cruise. Yeah, safety first. Everyone has a stunt double. The last thing you want to do is hurt somebody else. I was very aware that I had three other people in the car when I was driving, all three of whom have children. I didn't exactly want to be like, "Hey guys, let's turn it out." You want to be cognizant of other people's actual lives.

To stick with the title of the movie, have you ever had anyone that you've tried to chase or keep up with, professionally or personally?

I don't think so, honestly. I don't think I tried to compete with anybody in that way. I think I've often had people in my life who I've looked at like, "Huh, how did they get there? How did that happen? What's their process?" I guess there are people that I've been envious of in an observational way. "That person seems to have it going on." But I've never wanted to live anybody else's life. I guess I've always been content. And if there's ever been a motivator in my life, I'd like to be more content, or differently content. I've always had a really healthy attitude that none of it is permanent. Stuff is just stuff. The gears, the gadgets, the car, the clothes, that's all just stuff. At the end of the day, who cares? The important stuff is relationships and people and life.