But the differences I could see are cultural, subtle. The visions, divergent as they once seemed, have begun to come together.

One reason is that transportation planners have been trying to drag people out of their cars for decades. "Anything we can do to provide alternatives to the basic system in the United States—which is everyone drives their car everywhere all the time—is good," Salzberg said. "I'm happy to say as someone from the planning world, that's been a goal of progressive transportation planning for a very long time. So, we're not creating a new objective, we're creating new tools for meeting an old objective."

Another reason is the newly widespread existence of smartphones on wheels (like scooters, but not only scooters), and increased variety of vehicles that can be shared and driven in bike lanes. These have such an obvious place within a Lyft or Uber app that they created the immediate imperative to incorporate them.

And most importantly, both companies see clearly that they are competing with the owned and operated car. The vast majority of trips in this country still consist of a single person driving his or her automobile somewhere. And any one mode of transportation that's not a car cannot compete with a car. Shared electric bikes, scooters, walking, ride-hailing, buses, light rail, specialized shuttles, trains, or subways cannot do it alone. But maybe all of those things tied together with high-quality, real-time information can create a true competitor to take on the car. There are only so many ways to weave together all these services, which is why the future of these apps is as likely to seem as similar their past iterations.

From the beginning, analysts have wondered if ride-hailing might be a winner-take-all market. Certainly, there are major network-effect bonuses to having large numbers of drivers and riders in the same city. But even as both companies diversify away from the core business that built them into corporations with multibillion dollar valuations, they are tracking each other closely. Maybe as the venture capitalist Jake Kupperman recently argued, the market is not winner-take-all. "The higher likelihood," Kupperman wrote, "is that ride-sharing turns into an airlines-esque market in which there is fierce competition, local winners, and low profits."

Certainly, Uber and Lyft are remarkably competitive with each other: They throw elbows on and off the record, always with the remarkable skill of never once mentioning the other by name.

"We're not just talking," Salzberg said, noting the breadth of Uber's transportation investments outside traditional ride-hailing. "I think that's where we're ahead of other players."

"Partnerships are going to matter more than ever," Zimmer said, side-eyeing Uber's reputation. "And we are the company who has worked well with cities and partners."

Maybe someday, after the dust settles, one of these companies will even make money. 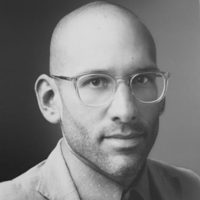