There is perhaps no greater argument that American English is a deeply flawed, infuriating, and difficult language than the simple phrase "you guys."

"You guys" is the most common way Americans refer directly to a group of people; it is a de facto pronoun, duct-taped together. If you remember your high school linguistics, you might also remember that this pronoun would be the second-person plural. (First person is "I," second person is "you," third person is "he/she".) The need for a pronoun to directly refer to a group of people is not a small one, or one that can simply be brushed aside; this is one of the most basic elements of language.

And American English is terrible at it. 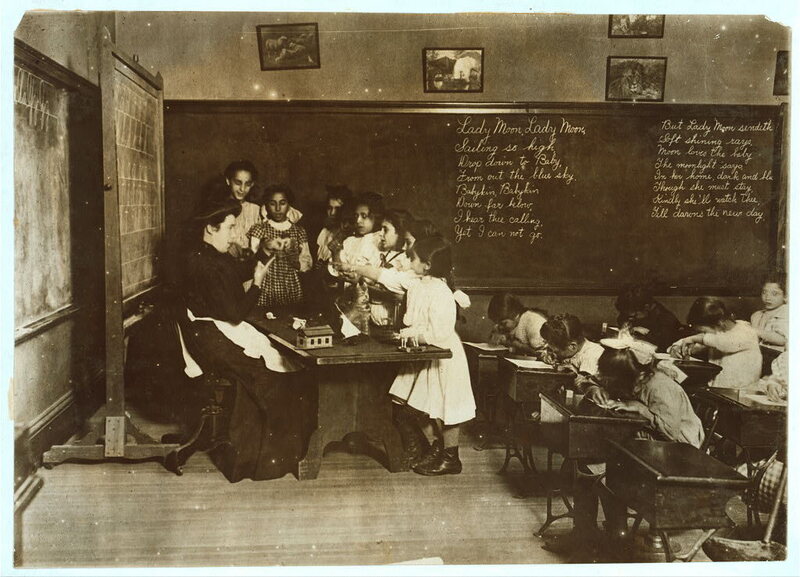 In "standard American English," meaning, essentially, schoolroom English, the second person pronoun is "you," for either singular or plural. Talking to your spouse? Use "you." Talking to your spouse and his or her entire family, at the same time? Use…well, also use "you." It is a huge, strange weakness in American English: when someone is talking to a group of people, we have no way of indicating whether the speaker is talking to only one person or the entire group. Peeking your head out from the kitchen at a dinner party and asking, "Hey, can you get me a drink?" is likely to score you a look of confusion. Who are you talking to, exactly?

"Why would we have one word for something as fundamental as singular and plural? That just screams 'fix this,'" says Paul Reed, a linguist at the University of South Carolina who, as a native Southern linguist, spends a lot of time thinking about the second-person plural pronoun. "And dialect speakers have." In place of any standardized second-person plural pronoun, English speakers around the world have been forced to scramble to make something up. You've heard the solutions: y'all, youse, you guys, yinz, you'uns.

These are widely seen as incorrect, or nonstandard. The most famous, of course, is y'all. So what's the history of y'all? How did such an amateur linguistic fix become a pillar of everyday speech?

Ancestral varieties of English do, strangely, have words to distinguish between second-person singular and plural pronouns. Sara Malton, a professor at Canada's Saint Mary's University, has a great essay on the strange transition in pronouns from Old to Middle to Modern English. The basic history is thus: Old English, which would sound to modern ears more like German than English, did in fact have singular/plural distinctions.

Even crazier, they not only had basic one/many distinctions, but got even more granular: Old English had a third category, for dual pronouns, used for talking about or to a group of specifically two people. Old English's nominative second person—nominative refers to the subject, like the "you" that is doing something—is þū. As for pronunciation: that first letter is pronounced with something dental (like a "t" or "th" or "d," dental meaning a consonant that's made with the tongue pressing against the teeth) followed by a high-back vowel (high-back referring to the position of the tongue within the mouth, like "oh" or "ooh" or "uh").

For plural, the Old English version of "you" was gē, pronounced something like "yih." And the dual form, which was completely thrown in the garbage by the transition to Middle English, was git, pronounced like "yit."

Following the Norman Conquest in 1066, heavy influence from French speakers began to quickly change the nature of English, marking the move to Middle English. That dual form vanished, and the singular and plural forms changed. Within a couple of centuries, the dominant singular version of "you" was "thou," and the plural was "ye." Those each had their own families of related pronouns, like "thy" and "thine" and, interestingly, "you" and "your." (The former is singular, the latter plural.) 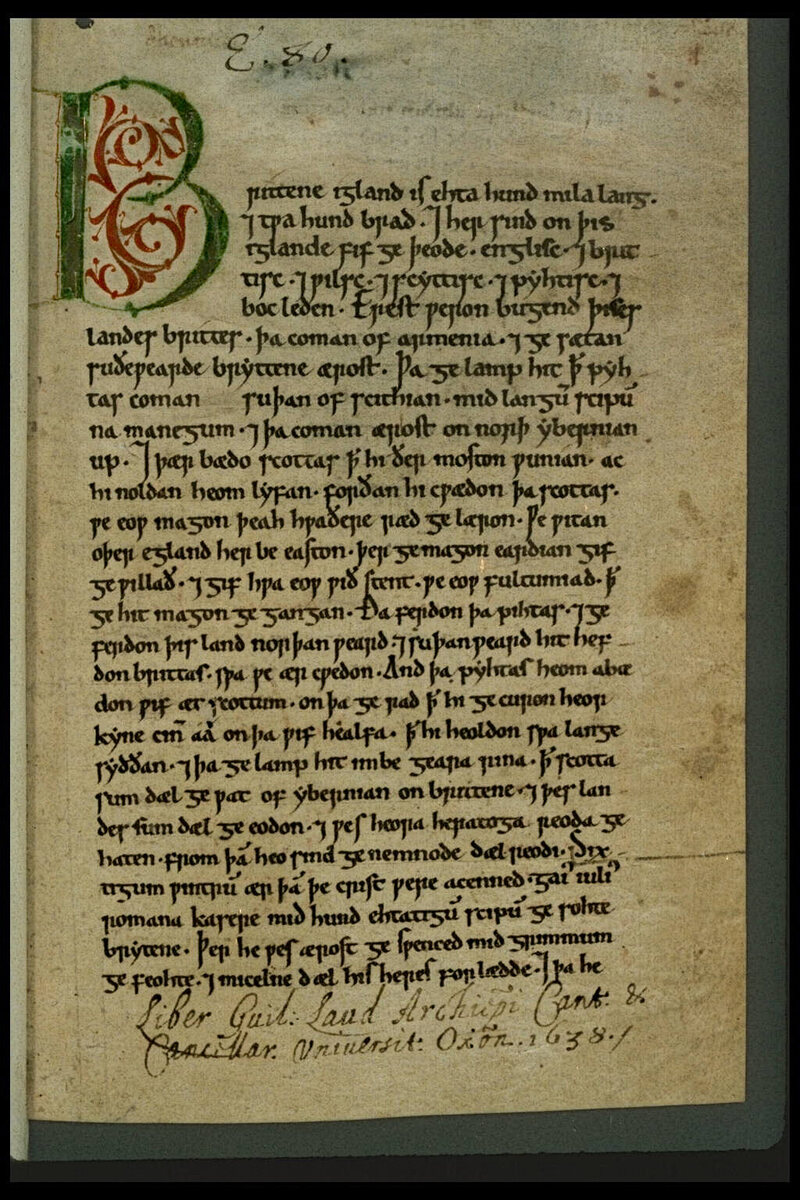 The first page of the Peterborough Chronicle, one of the Anglo-Saxon Chronicles, originally written in Old English which did have singular and plural distinctions for "you". (Photo: Public Domain)

Thou and ye is a perfectly fine arrangement of second-person pronouns, and we'd all be better off if they'd stuck around, but they didn't. Nobody exactly knows why, but scholars have focused on the mid-17th century work of Shakespeare to help tell us how people were talking to each other and what pronouns they were using.

What changed around this point is that the singular/plural division between thou and ye became, we think, less important than the formal/informal divide. Thou became informal, and ye became formal. The general belief is that this change came from the French, thanks to the Norman Invasion: French has and had a firm formal/informal divide in its pronouns. "As is often the case in Middle English, English speakers like to say, 'we have the French to blame,'" says Malton. If you remember your classroom French, you'll remember the formal/informal pronouns: tu is informal, vous is formal.

Because of that rising influence of French, English began to show some formal/informal divide as well. We can see this in Shakespeare's work, when he sometimes used it as a subtle dig: in Twelfth Night, Shakespeare has a noble refer to another noble with "thou," which would have been a sign of slight but clever disrespect.

The formal/informal thing is also why "thou" makes so many appearances in the King James Bible, as in "thou shalt not (do anything)." "When you're talking to God you want it to be this intimate thing, so that's why the authors of the King James Bible used thou," says Reed. But as Malton notes, this is really all just a guess; it's not that clear that Shakespeare's dialogue was really (or even meant to be) an accurate depiction of the way people really talked. Using it as a linguistic source has it's difficulties! But we also don't really have much better data, so. 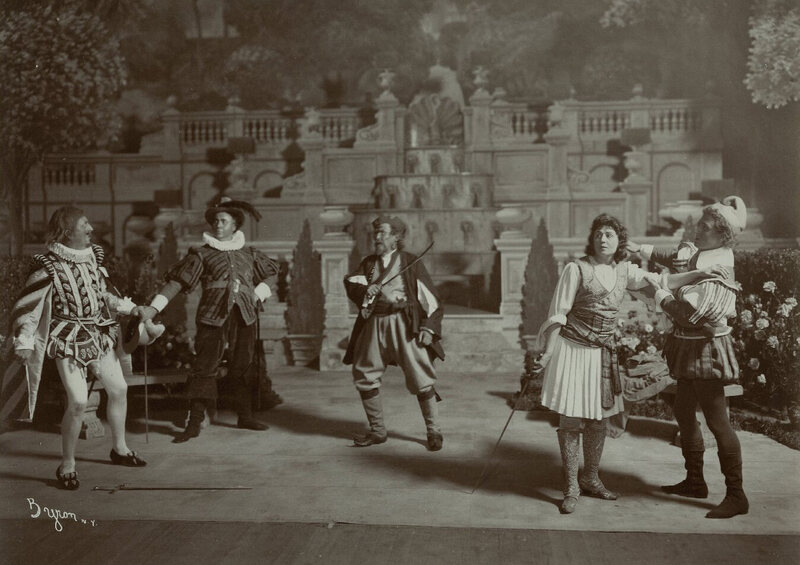 A 1903 performance of Shakespeare's Twelfth Night, which contains use of an informal pronoun. (Photo: Folger Shakespeare Library/cropped/CC BY-SA 4.0)

By the beginning of the 18th century, "thou" began exiting the language completely. "Ye" stuck around, but changed slightly to become "you." Nobody really knows how this happened; it's possible that nobody really wanted to use any noun that was associated with the informal lower classes, and it's possible that the colonization of North America, and subsequent desire for separation from England, led new Americans to spurn these social hierarchy language formations. There's also the potential that the existence of the colonies, with suddenly possible upward social mobility, left little desire to use any informal pronoun at all.

"We all aspire to 'you,'" says Malton. But that's really all just guesswork based on how stuff turned out. All we know is that "thou" rapidly disappeared.

As the previously plural, formal "ye" became the universal "you," English speakers worldwide became aware pretty quickly that losing a singular/plural distinction is…bad. So around the world, solutions began popping up.

"Y'all" is easily the most famous solution. Its provenance is unclear, but certainly it comes from the American South. The two possible ancestors of y'all are the Scots-Irish ye aw, which means "you all," and the West African/Caribbean you all (a calque, or borrowed word, from England), which means, as you might expect, "you all." Because these two phrases are basically the same, and because something was needed to fill that gap, and because both the Scots-Irish and the newly dumped African slaves both lived in the same region, eventually the two phrases were combined and shortened. Hence: y'all. 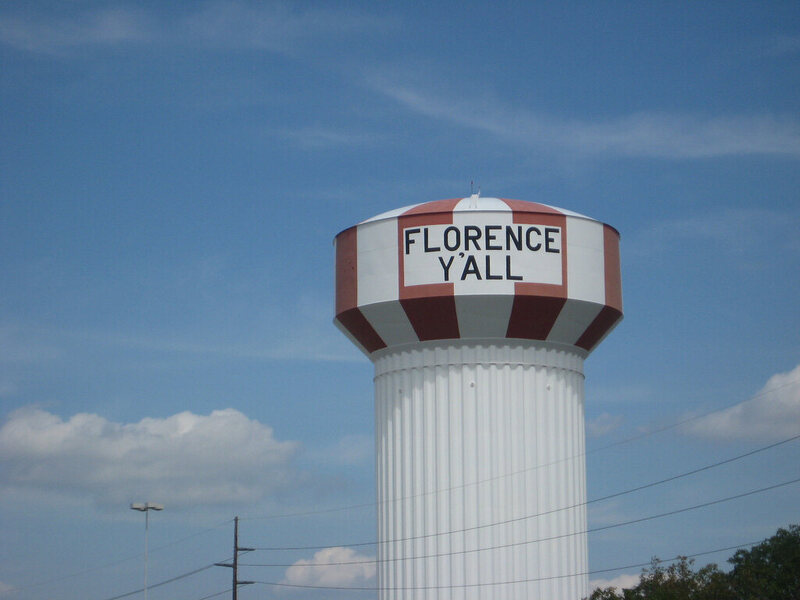 But y'all isn't the only solution regional dialects have come up with. Reed grew up using "you'uns," common in Appalachia, is a slight shortening of the Scottish "you ones." "Ones," in some forms of Scottish English, is a plural marker, like the American "guys," so you can say "you ones" or "we ones."

"You'uns" gets even shorter just north of the Appalachians, where it's been turned into "yinz" by the residents of Pittsburgh and Western Pennsylvania. Yinz, like y'all, has become a sort of emblem of the area from which it comes; Pittsburgh residents sometimes refer to themselves as Yinzers, to honor the unique pronoun native to their fine city.

A simpler version comes from the other side of Pennsylvania, in Philadelphia, and has also bled up to parts of New York City: "youse." This is an understandable creation: you normally add the letter "s" to things to make them plural, right? And the word "you" needs to be plural. So, I don't know, add an "s" to it. Youse.

Which brings us to the most popular and worst plural form: "you guys." This solution has so, so many faults. For one thing, it's gendered; taken by itself, "guy" refers to males, and it's both inexact and distinctly sexist to use that word to apply to a group of people of any gender. It's also just kind of awkward, the most transparently stapled-together solution to the second-person plural problem we have. "You, uh…guys. All the guys." It's informal in a way that feels, in many situations, entirely too casual. (The word "guy" in English seems to originate from the Gunpowder Plot, a failed assassination attempt, and one of its plotters, Guy Fawkes. Eventually, in England, "guy" came to refer to the effigies burned in remembrance on Guy Fawkes Night, and eventually to any male.) 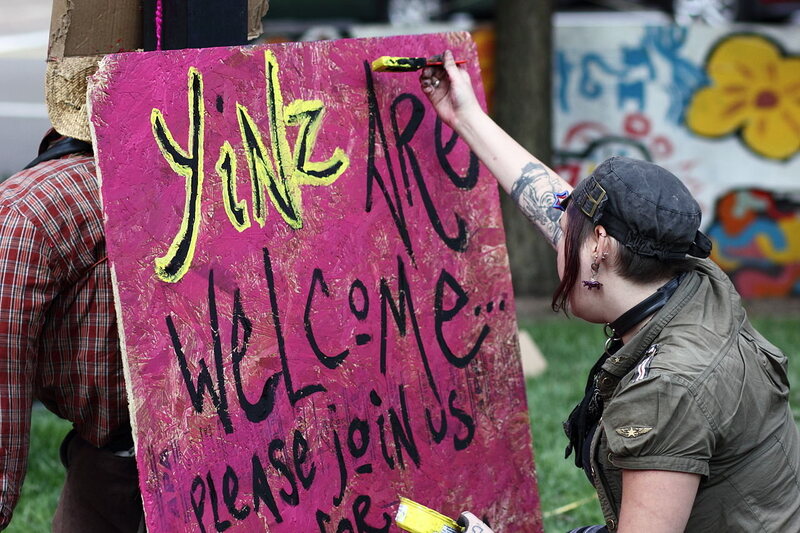 A sign using "Yinz", a version of the plural pronoun found in Pittsburgh and Western Pennsylvania. (Photo: Sage Ross/CC BY-SA 2.0)

Elsewhere in the English-speaking world, solutions vary. "Ye," somehow, actually persists in some parts of Ireland, as well as in the strangely cockney dialect of the Canadian province of Newfoundland and Labrador. But it's also changed; "ye" is now plural, and "you" is usually the singular.

In England, the most popular version is "you lot," essentially the English version of the American "you guys," and just as awkward.

Though Quakers are stereotyped for their use of "plain speak," which is said to include words like "thou" and "thee," theoretically helping them to distinguish between singular and plural, in fact very few Quakers still actually use these words. Oh well. They're good words.

Perhaps the most interesting thing about the second-person plural pronoun is what it tells us about the entire idea of "standardized" languages. Standard English doesn't have a singular/plural distinction, and this is what's taught in schools, drilled into our heads through newscasters and books and media. At the same time, it's self-evidently a weakness; there is absolutely no advantage to lacking a second-person plural, and plenty of reasons to have one.

Regional dialects around the world have filled in the gaps, with y'all and youse and yinz and you lot, but due to the weird tyranny of standardized language, these aren't seen as clever solutions to a problem we all face: they're seen as wrong. Incorrect. Maybe the speakers are perceived as dumb or uneducated. 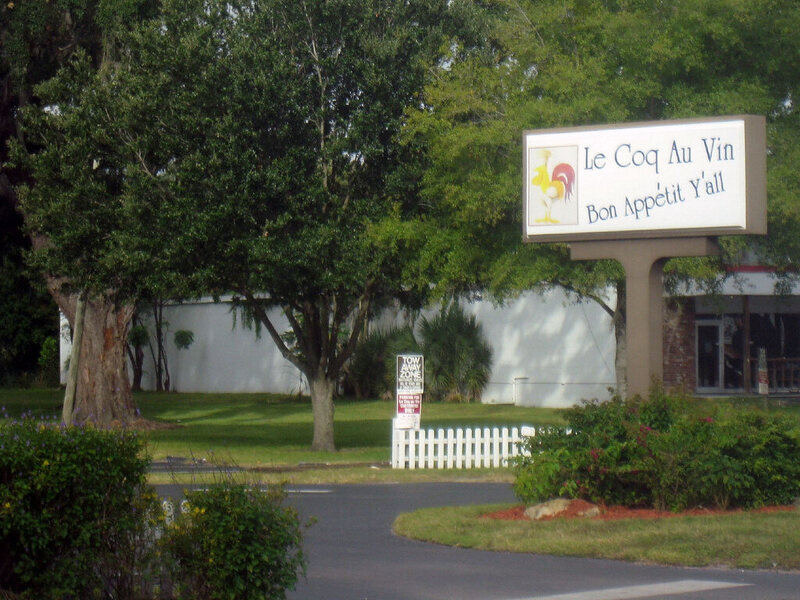 Partly that's due to stigmatization of the groups that created them.; "There's always the underlying thought that something from the South might be somewhat lesser, or something from African-Americans might be somewhat lesser, because of the history of our nation," says Reed. The same thing colors our national reaction to you'uns (it comes from poor rural areas), youse (poor urban areas) and yinz (Pittsburgh).

And this is all ridiculous, if difficult to change. Y'all is not wrong or dumb; it's a solution to a problem endemic to the "correct" dialect. "People that we would consider non-mainstream speakers kind of led the way," says Reed. "They filled the gap that standard language, however we want to define it, left. And their language can be considered richer from that viewpoint." Y'all is a beautiful word. It's "you guys" that's the problem.