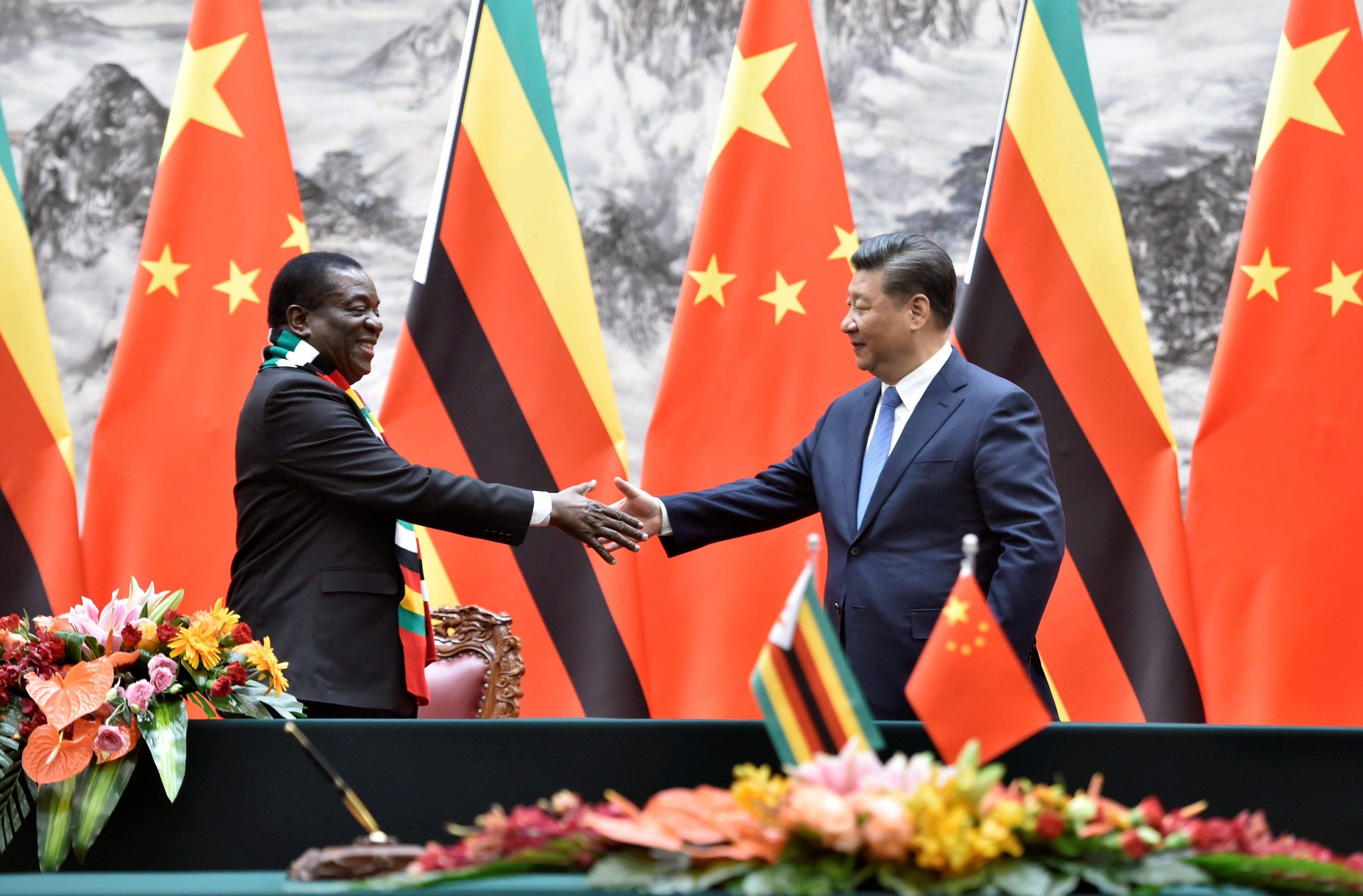 There's a quiet buzz in Zimbabwe right now for the opportunity of informational and communications technology might have as a transformational impact on the beleaguered economy. The southern African country, which has one of the highest literacy rates in Africa, is looking to China to help building capacity and technological know-how to build one of the continent's biggest IT hubs underpinned by big data and artificial intelligence.

Zimbabwe's tech industry has arguably performed better than other companies in the troubled economy of the last decade and a half under former president Robert Mugabe. The big telecom companies have bumped up investment into enhancing data capacity and capability, led by Econet, the No.1 telco, has spent $1.3 billion over the last decade to expanding its 3G and LTE networks.

In all this, China has a key role in Zimbabwe's bid to reimagine itself as a technological hub. Chinese facial recognition technology is being deployed at entry points such as airports and border posts. The project will be undertaken with a Chinese company, called HikVision. All this will build into a converged big data and artificial intelligence capability for the country, whose innovators—although a bit cash strapped—are crying out for the opportunity to break away from their backyard labs and hubs into the mainstream.

The Chinese are even helping Zimbabwe, whose president Emmerson Mnangagwa visited China in April, to develop smart cities, starting with a pilot undertaking in Mutare in the Eastern Highlands. Tech hubs and innovators in Zimbabwe have already jumped onto this, with the Emisha City Hack for Bulawayo selecting innovator teams to benefit from support and funding for development of tech solutions to solve challenges faced by Zimbabwe's second city. Tami Mudzingwa, a director for the hackathon, told Quartz Africa via Twitter that "ICT will be a potent vehicle for driving growth and development" in African countries such as Zimbabwe.

Artificial intelligence is the latest technology that is sweeping across the continent. Consultancy firm McKinsey predicts up to 30% of the global workforce could be displaced by 2030 because of advances in AI, robotics, digitization and big data. But Zimbabwe's government thinks AI could play an important role in the country's development.

Zimbabwe's economy has long been dominated by mining and agriculture, particularly with the export of cash crops like tobacco and cotton. But like some other African countries including Ethiopia, Ghana and Rwanda, more nations are exploring the potential of investing or supporting a knowledge-led economy to rely less on the vagaries of global agricultural or mineral commodity markets.

"We will also be contributing in the building of national artificial intelligence," said Nigel Sheima Muguza, an official with the special advisor to the presidency. He highlighted the government's ambition to see Zimbabwe become a middle income country by 2030. "This can be achieved by use of ICT to improve the day to day lives of the citizens of this country." he explained.

Special advisor Chris Mutsvangwa said the facial recognition project will not only be deployed for security purposes but will be expanded "to assist in disaster response and traffic control," with the cameras being part of "a bigger picture whereby we are moving towards smart cities with power, water management among other projects which will be done from one central location".

But it's not all straightforward for Zimbabwe's tech and smart city aspirations as the cost of internet in the country is high, especially when staked against the country's economic performance which is negated by low foreign direct investment inflows. Mobile internet access is mostly through $1 daily data bundles for around 250MB and weekly limited social media bundles offered by operators. The Alliance for Affordable Internet says 1GB of mobile data "costs nearly 45% of a citizen's average income".

Sign up for the Quartz Africa Weekly Brief — the most important and interesting news from across the continent, in your inbox.